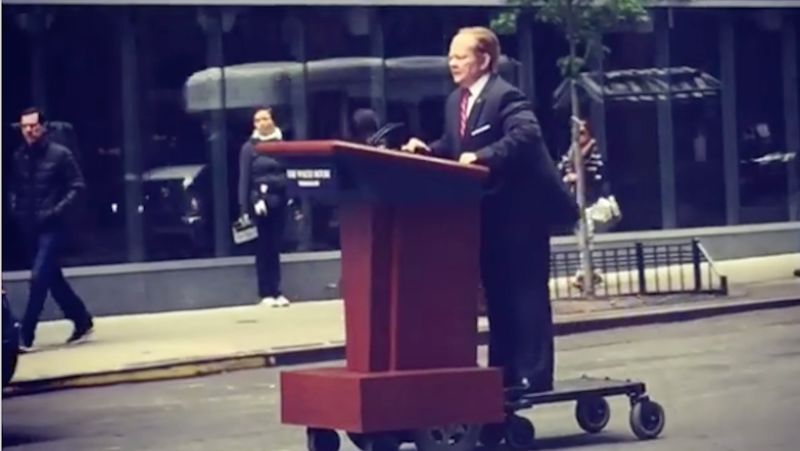 One of the few bright spots of the diminishing usefulness of White House press conferences is Melissa McCarthy’s unhinged impression of Sean Spicer’s antagonistic relationship with reporters and all other human beings who ask him to come out of the bushes and explain what the hell Donald Trump is up to lately. She’s apparently taking that show on the literal road.

McCarthy hinted at a new sketch for Saturday’s show (she’s co-hosting alongside musical guest Haim) on the way on her own Instagram, sharing a Boomerang of herself grimacing as Spicey Time with the caption, “Straight out da bushes @nbcsnl #snllivecoasttocoast #snl.”

But according to ABC News, fans started posting clips of McCarthy on a motorized podium, screaming into traffic near Manhattan’s Columbus Circle:

We’ll have to wait until Saturday to see where to or where from Spicer is running, but we all knew he’d break eventually. And Trump seems to be considering making his job obsolete, anyway.