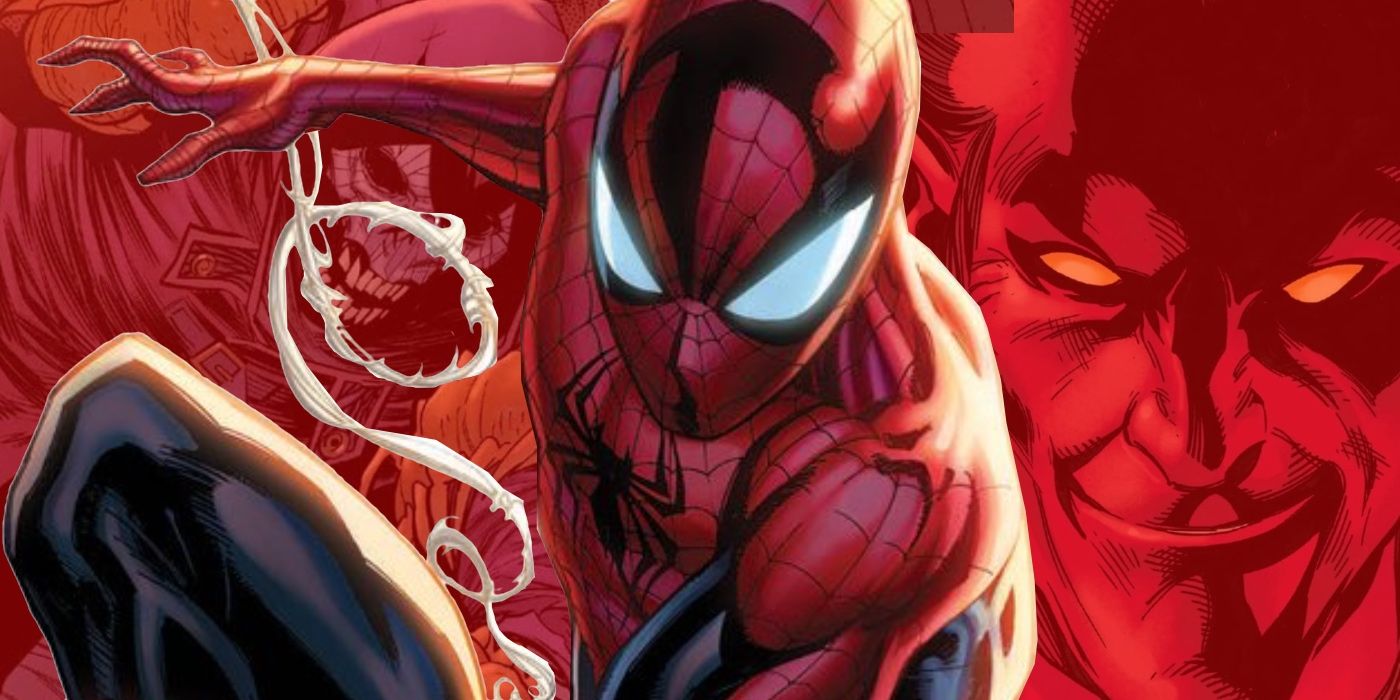 WARNING: Spoilers ahead for Amazing Spider-Man #74

As one of the greatest sources of evil in the Marvel Comics universe, the demon Mephisto has access to all sorts of secrets the likes of which would bring other characters to their knees – including the truth about the Marvel Universe’s real Sacred Timeline and what it means for his fascination with Spider-Man. Alternate futures are ever-present in comics, but the Marvel Universe’s one true future has always remained nebulous. Now, readers may have finally gotten some confirmation on which fan-favorite timeline is canon.

This revelation comes from the pages of TheAmazing Spider-Man #74 by Nick Spencer, Mark Bagley, and more as Spencer wraps up his three-year saga with the world-famous Webslinger. But just because Spencer is done with the Spider-Man doesn’t mean Mephisto is. And the devil’s interest is never a good thing.

The Amazing Spider-Man #74 brings “the Kindred Saga” to a close with a healthy dose of reveals and surprises, with none quite a shocking as the motivation for Mephisto’s involvement in Peter Parker’s life dating all the way back to “One More Day.” While the threat of the Kindred is ended, Doctor Strange still isn’t finished with the demon. And when Strange questions Mephisto about his fascination with Peter Parker, the villain reveals a vision he’s had since before Peter was even born – a vision of Peter Parker and Mary Jane’s adult daughter bringing about an end to his reign – that he’s spent years trying to prevent.

While Mephisto’s vision explains why he’s meddled in Peter’s life for years, it also gives fans a glimpse into the Marvel Universe’s prime future timeline. Spider-Man’s daughter is far from the only hero fans see, as the wreckage of Mephisto’s future is littered with the broken bodies of Brian Michael Bendis’ future X-Men from the timeline introduced in “The Battle of the Atom.” Eagle-eyed fans can also catch a glimpse of the future son of Captain America, James Rogers, which also implies the existence of the fan-favorite Next Avengers.

Especially in comics, the future is always in flux, but the fact that Mephisto has spent years trying and failing to prevent this specific timeline could very well signify how inevitable it really is. Mephisto’s manipulative efforts should make avoiding a future an easy task. But if this timeline is the set path for the Marvel Universe, or at the very least the path protected by the Time Variance Authority recently made popular by Loki on disney+, then that would mean even an entity like Mephisto is powerless to stop it.

It’s highly unlikely that the comics will ever catch up to this point in the timeline, but it does add an interesting layer to the present-day Marvel Universe as well as to the limits of Mephisto’s abilities. For all his vaunted power as King of Hell, even he can’t stand against the inevitable flow of time. And for a being like Mephisto, there’s no feeling worse than powerlessness.

Although Spider-Man fans probably won’t see this future come to pass anytime soon, it’s very existence changes what they thought they knew about the Marvel Comics timeline. The future is always changing, but it’s rare to see one so seemingly inevitable. After all, if even Mephisto is unable to stop it, things may be a bit more set in stone than anyone ever realized.