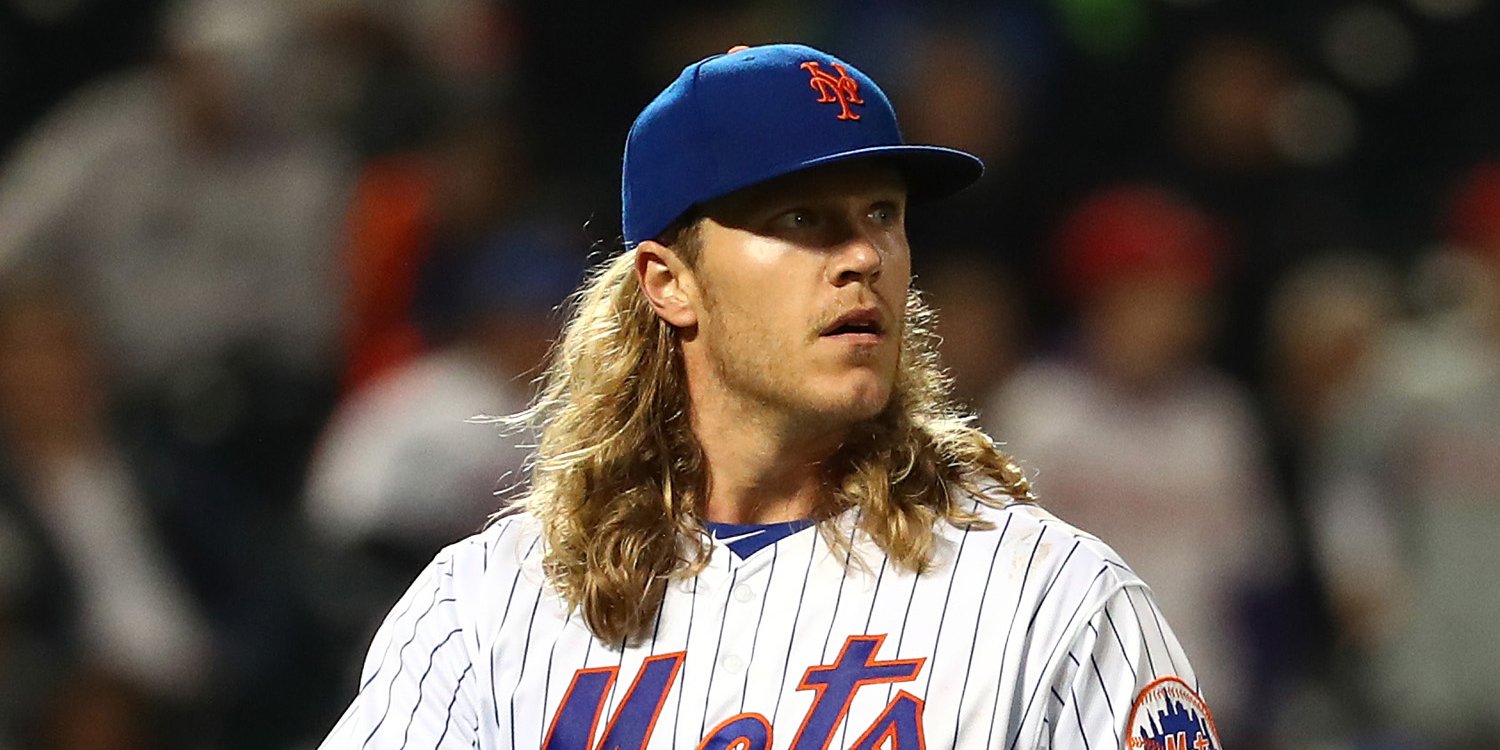 The New York Mets’ injury woes worsened on Sunday, as they had to pull Noah Syndergaard after just two innings as they were shellacked, 23-5, by the Washington Nationals.

On Monday, an MRI revealed that Syndergaard has a torn lat muscle in his right arm. There is no timetable for his return.

The Syndergaard injury is more bad news for a team going through a slog of injuries. However, Syndergaard’s injury, in particular, seemed avoidable.

Syndergaard had been experiencing pain in his right bicep and shoulder, his throwing arm, in recent days and was scratched from a Thursday start.

According to reports, Syndergaard refused an MRI after being scratched on Thursday. After Sunday’s loss to the Nationals, Mets GM Sandy Alderson seemed to place the blame on Syndergaard for skipping the MRI (via Mike Puma of the New York Post).

“I can’t tie him down and throw him in the tube … We asked him how he felt and he said he felt fine, he could have pitched on turn. We took him at face value, but he also threw a bullpen [session] and felt fine. On the basis of that input as well as his own comments, he was good to go.

“The recommendation [to skip him Thursday] was made by the doctor, it was precautionary and we felt strongly that he was fine. We made sure that he threw again before he went out so we could confirm that and that’s what happened. Would the MRI have disclosed a lat issue or reaffirmed some concern about the bicep? We’ll never know.”

After the game, manager Terry Collins was noticeably agitated, asking “What do you think?” when a reporter noted he looked upset in the dugout after they had to pull Syndergaard. When asked if he noticed anything physically wrong with Syndergaard before he was pulled, Collins said, “He was throwing 100 [miles per hour]. I saw nothing wrong with him today.”

As John Harper of the New York Daily News argues, both Syndergaard and the Mets are at fault fo this. Syndergaard should take more responsibility for his own health by undergoing an MRI, which is quite common for pitchers today.

However, the Mets should also have been more forceful. In a year where the Mets have lost a significant amount of players to injury, they should not have put the test into Syndergaard’s hands. Just last week, the Mets were criticized for leaving Yoenis Cespedes in the lineup despite a nagging hamstring. He then re-aggravated the hamstring later in the week and was put on the 10-day DL, leaving some to wonder why the Mets didn’t do so sooner.

This comes after the Mets have also had to move Steven Matz, Wilmer Flores, and Lucas Duda to the DL in recent weeks.

In an age where teams are more cautious about injuries and rest, the Mets seem to be moving backward, and it’s threatening to derail a promising season. Now, they’ll be without their best pitcher for a while.