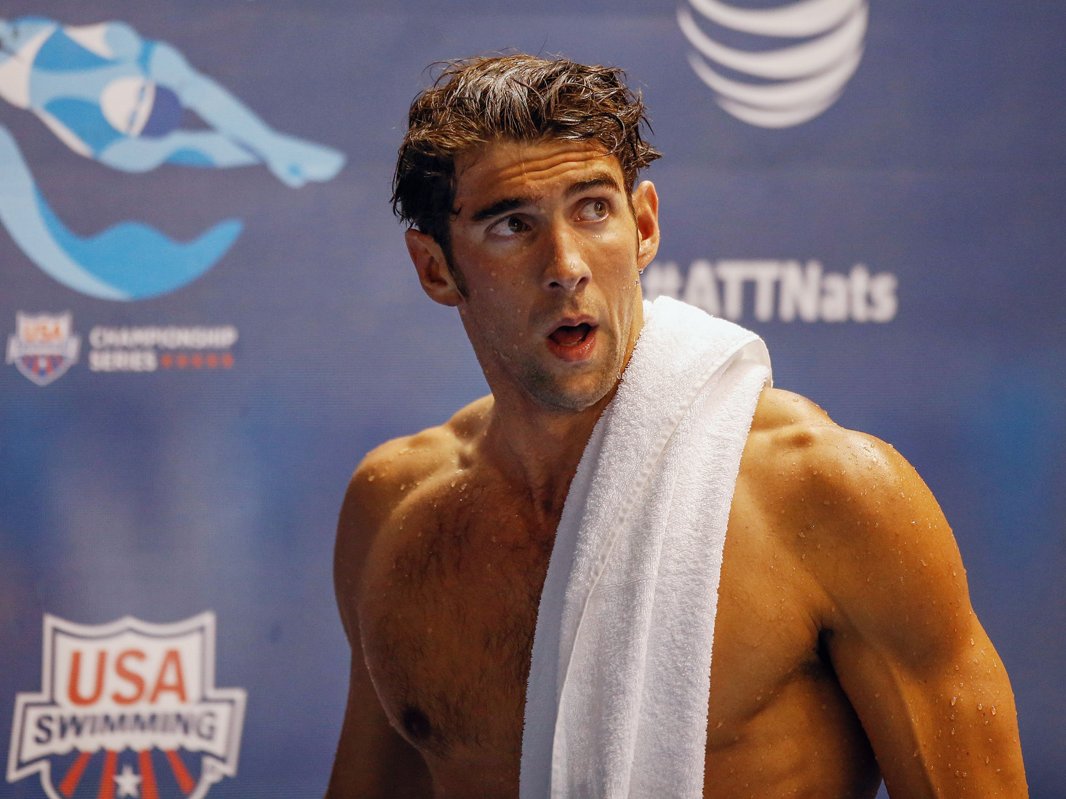 Michael Phelps is the most decorated Olympic athlete in history, with 22 medals, 18 of them gold.

Despite being 30 years old, an age when many Olympians are past their prime, Phelps is once again gearing up for another Olympics run in 2016 in Rio.

Phelps enters the lead-up to the 2016 Olympics with a goal: to be healthy.

In a story from Yahoo’s Pat Forde, Phelps said he’s been pleased with his dominant times since coming off a six-month suspension for a DUI, and he’s looking forward to seeing how he performs in Rio. Forde describes the exchange:

“It excited me to see times like that again. … At meets, I can still step up and swim some of the best times I’ve ever swam, at age 30.”

Then Phelps dropped this opinion: “I don’t think I’ve had an Olympics at 100 percent.”

But what about Beijing, when he set the Olympic record for individual golds with eight?

“I broke my wrist six months before,” he said.

If he’s 100 percent come August, we might see an epic swan song. That hope, coupled with the enthusiasm from San Antonio, has only made the commitment to training beyond the pool stronger.

It’s difficult to tell what other injuries Phelps is referring to. Either past injuries before the Olympics in 2000, 2004, and 2012 went undocumented, or Phelps was simply dealing with nagging injuries that weren’t identified.

Either way, if Phelps said he’s never been 100% for an Olympics before, the world might be in for a scary showing. As Forde notes, Phelps wowed at the 2015 Winter National Championships in San Antonio, clocking the fastest time in the 200-meter butterfly that year, and setting world-best times for the 100 butterfly and 200-meter IM.

Phelps just needs to stay in this peak condition for seven more months to make it to Rio. If he does, we could see Phelps become the oldest swimmer to ever win a gold medal.