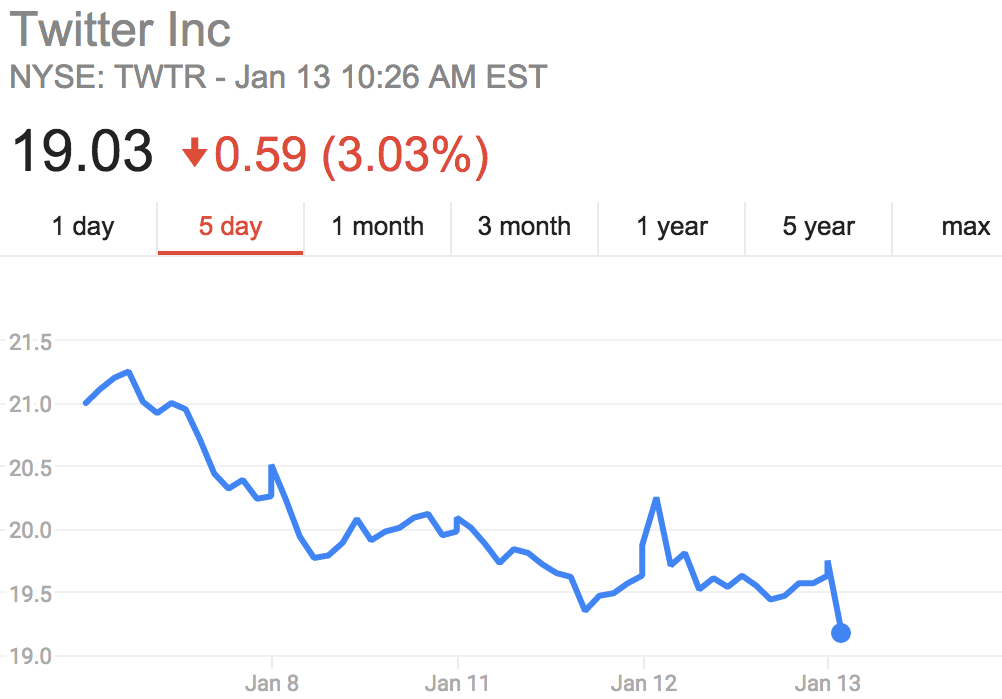 Twitter shares fell to a new all-time low on Wednesday.

The stock has dropped on every trading day in 2016, and fell more than 5% to as low as $18.47 per share in morning trade — a level it has never reached before.

The only news on the company Wednesday is that analysts at Mizuho initiated coverage on the stock with a “neutral” rating and a price target of $21.

But as Business Insider’s Alexei Oreskovic noted when the stock first crossed below $20 per share a few days ago, Wall Street is getting increasingly bearish on the social media company’s ability to scale the number of active users.

In 2015, shares fell 38%, as it became clear that user growth had stonewalled at around 300 million, and as investors weighed how CEO Jack Dorsey would revive the company and run the payments company Square at the same time.

The decline on Wednesday gave the company a market cap of about $12.78 billion, below the valuation of $14.2 billion when it went public in November 2013.

Here’s a chart showing the price decline over the last few days: DON’T MISS:Twitter integrated Periscope into tweets so you can watch live video right in your stream

SEE ALSO:We can think of 3 major problems with buying 292,201,338 lottery tickets with every combination of Powerball numbers