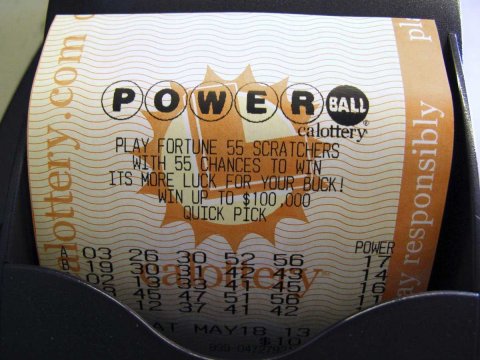 The Powerball lottery is up to a record-breaking $1.5 billion.

We’ve taken a look into the point at which you should actually care about the Powerball lottery, factoring in the relationship between participation and jackpot size. But what happens when you actually win?

Normally the answer appears to be “take all the money up front immediately and subsequently squander every available penny on frivolous crap.”

But what if someone won the lottery and then tried to handle it as rationally as possible?

We spoke to several financial advisers about how they would advise a client who came to them after hitting the jackpot.

The key question we wanted to know is whether a winner should take the all the cash up front or whether one should take the annuity, which consists of more money spaced out over several years.

But first, before we answer that we need to acknowledge the elephant in the room, which is the impact of taxes. We spoke to Clarence Kehoe, a partner at Anchin, Block & Anchin who chairs their tax department.

Clearly, Uncle Sam is going to want a healthy chunk of those winnings.

“Given the significant size of this lottery prize,” Kehoe told Business Insider in an email, “the recipient will be in the maximum income tax bracket on their receipts no matter if they take a lump sum or take an annuity over 30 years.”

So the multimillion-dollar question is what that top tax bracket will do over the next couple of years. The maximum federal income tax rate for 2016 is 39.6%. “As we know tax rates are always changing,” he said. “If you take a lump sum you are looking at a 39.6% rate. If you take an annuity over the next 30 years the rates will probably be very different when you receive each payment.”

Still, the federal taxation is only part of it. Which state you live in also makes a difference, whether it’s high-income tax New York or no-income tax Florida.

So why not take the annuity and kick it to Florida?

“Some (but not all) states have a rule that when you move out, if you have income that was earned as a resident you will have to pay tax on it even if you move to another low or no income tax state. So the planning idea doesn’t always work – it depends upon your current state of residency. New York is one of those states which taxes ‘accrued’ but not yet paid income.”

So these things — where you live now, where you live eventually, and potential fluctuations in the federal tax rate — all impact whether you should take the lump sum or the annuity.

Interestingly enough, provided that the top tax rate doesn’t change over the next thirty years, there isn’t much difference in the effective tax rate you’ll pay on all those winnings.

Ok, now you’re our lucky Powerball winner; you have one of two options.

You could also take the annuity, which pays $1.5 billion over 30 years with an increasing annuity, and pay the top rate every year for the next thirty.

So that’s the taxes. AMC“I have no idea how this could possibly go wrong”

Let’s get down to brass tacks though. Nobody is going to hide their winnings in a large cube of bills in a storage unit outside of Albuquerque, occasionally returning to spray for silverfish. The rational winner will put it in at least a bank account, or most rationally the market.

So how does this knowledge impact whether we should take the annuity or the lump sum?

We spoke to an adviser at a boutique financial advising firm in the Midwest.

Despite his outstanding analysis, he asked that we not use his name to avoid a mess with the compliance department.

So this leads us to an interesting point.

Whether you should take the annuity or the lump sum depends entirely on what kind of return you can realistically achieve.

We took a somewhat deeper look at this, looking at various rates of returns for investments of either the lump sum or the annuity over 30 years at rates of return between 0% and 10%.

This chart shows what happens when you invest your winnings. For the lump sum (green lines) you invest all of the winnings — $135.1 million after initial taxes — at once. For the annuity (red lines), you invest the annual post-tax winnings once you receive them each year. According to our research, if you invest it all and if you can obtain an annual return of more than between 3 and 4%, the lump sum makes sense over the annuity, 30 years down the line.

Still, winning the lottery and not spending any of the money for 30 years sounds super boring.

What if you took an annual allowance of $1,000,000 worth of walking-around money every year?

Here’s what your nest egg would look like in that event at the end of 30 years:

So again, if you can score a rate of return somewhere between 3% and 4%, you’re still better off with the lump sum.

This is actually pretty interesting. As we figured out before the lottery, it really only makes sense to play provided that you take the annuity, according to the expected value. Factoring in investment, though, it only makes sense to take the lump sum if you think you can get an altogether reasonable rate of return.

SEE ALSO:The first 6 things every lottery winner should do