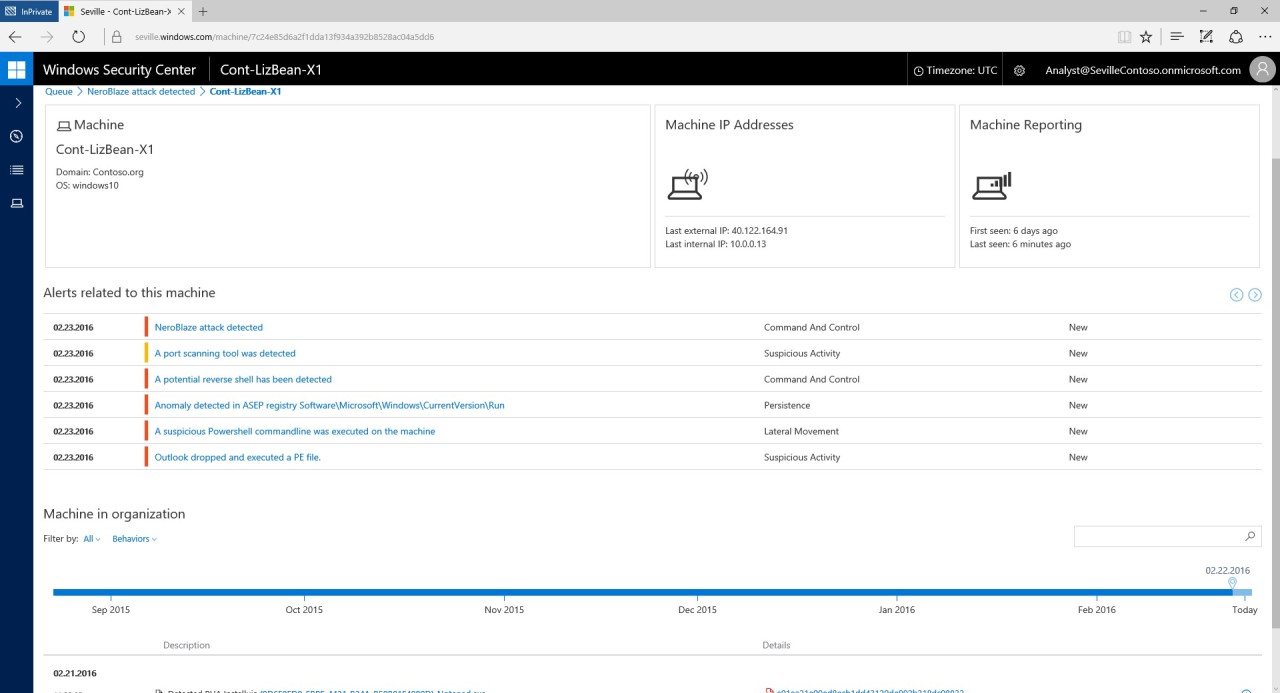 Microsoft on Tuesday introduced its latest security features for consumers that should help keep them protected against cyber attacks more than ever before. It’s called Windows Defender Advanced Threat Protection, and Microsoft said the feature is as much for small businesses as it is for larger enterprise customers, including the Department of Defense.

“We’ve found it currently takes an enterprise more than 200 days to detect a security breach and 80 days to contain it,” Microsoft’s executive vice president of Windows and Devices Terry Myerson said. “During this time, attackers can wreak havoc on a corporate network, stealing data, breaching privacy, and destroying the trust of customers.”

Windows Defender Advanced Threat Protection can detect an attack on a computer and then, using a “new post-breach layer,” keep the attack from spreading further into a network.

There are three takeaways Microsoft wants you to know about Windows Defender Advanced Threat Protection: It has the ability to detect attacks on its own, can offer support for making recommendations on what a user or enterprise should do in response, and will update automatically thanks to its native support inside Windows 10.