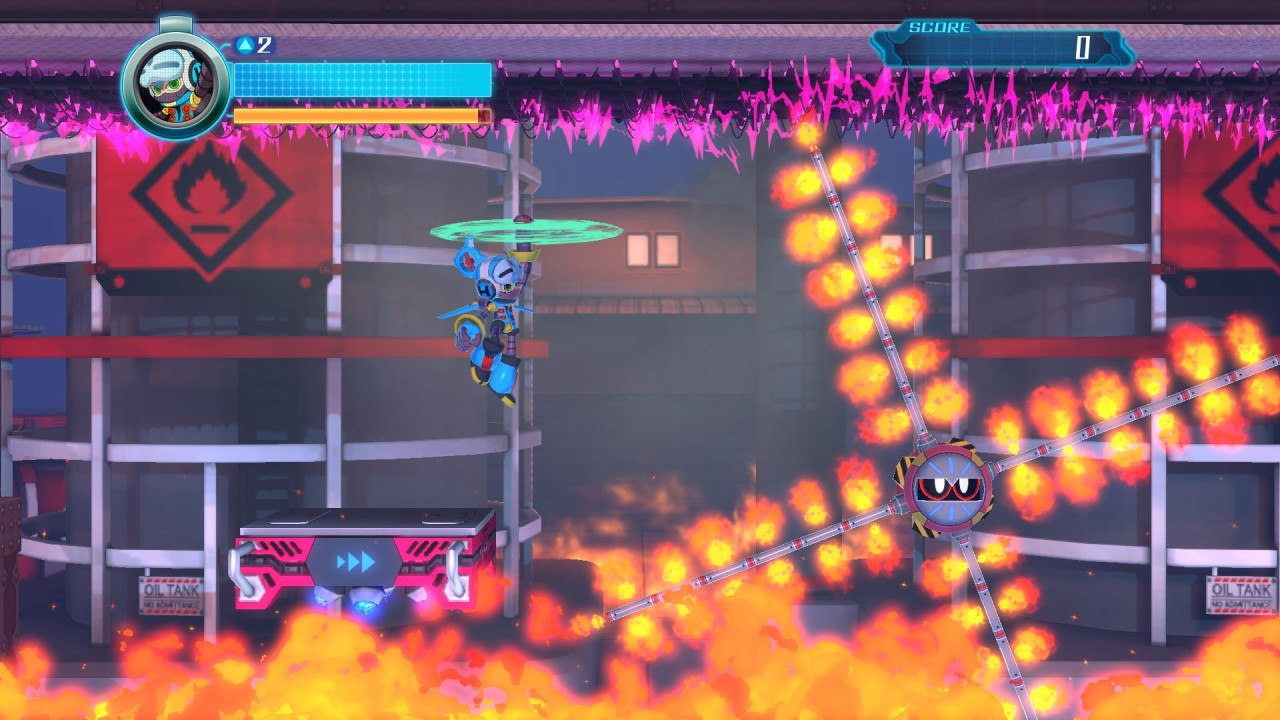 Everyone, and I mean everyone, has been hating on this latest Mighty No. 9 trailer, saying how ridiculous and offensive it is to the human brain. I entered it with the assumption that this hate erupted just because disappointing delays and under-performing graphics have made Keiji Inafune’s 2D throwback such an easy target over the last year.

And then I watched the trailer, and I couldn’t agree more with everyone. This trailer is bad. Really bad.

You remember that “Solar Freakin’ Roadways” viral video that hit the net two years ago and annoyed everyone into coughing up $10 to a noble but so-far fruitless cause. Yeah, it’s like that except written by a marketing robot with far less charisma or any concept of comic timing. With lines like these, who can resist, right?

I know you like that “combo on combo” action

You’re dashing around like a freakin’ moon-man, and I love it

Forgive me for nitpicking, but an anime fan wouldn’t shed tears during prom night. Two more likely scenarios are he’s, or indeed she’s, either at the prom with a fellow anime fan or is at home watching anime… smiling and not caring about a prom.

Mighty No. 9 was originally pitched to gamers as a throwback to the classic days of 80s 8-bit design, but with this new trailer, it seems to be aimed at a younger generation who think Bill Clinton was president during the prime of the Mega Man years. Oh well, Deep Silver needs to get the kids excited, too. I mean, even lines like “Hey you! Look at this!” sound like it is dangling keys in front of a baby.

Maybe I’m not in the intended audience of this trailer, but I really hope Mighty No. 9 comes out soon. Then, this nightmare can finally end.