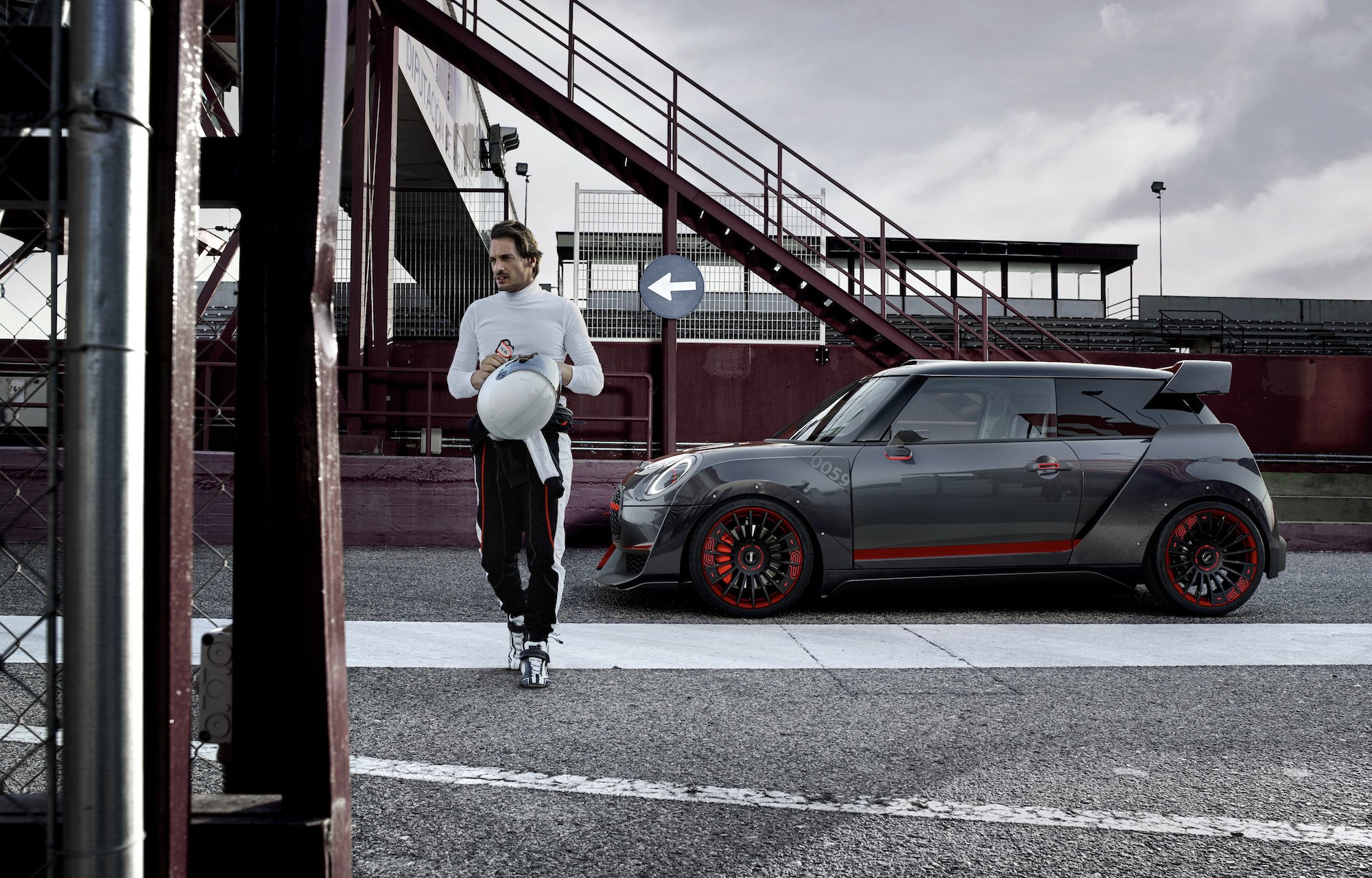 BMW-owned MINI is well-known for its adorable, design-centric cars. But the automaker is also serious about performance and is no stranger to the track. We’ve sampled some of their hotter rides here at Business Insider, and we’ve been both impressed and terrified (in a good way).

MINI knows how to turn the performance volume up to 11, and that’s where the John Cooper Works GP concept comes in.

This wildest MINI will be rolled out at the Frankfurt Motor Show next week. It continues a tradition for MINI of developing GP-grade cars, which the company says are “[i]nspired by the carmaker’s legendary There’s no guarantee that MINI will build this concept, but the GP treatment has been given to previous cars. The 2012 MINI John Cooper Works GP and 2006 MINI Cooper S with John Cooper Works GP Kit pushed the envelope on thrills in their respective eras, MINI explained in a statement. Only 2,000 examples of these vehicles were produced.

“If you know about MINI, you’ll be aware of the brand’s long and successful history in motor sports,” Adrian van Hooydonk, Senior Vice President of BMW Group Design, said in a statement.

“The MINI John Cooper Works GP Concept brings together the full suite of defining MINI design features and showcases them at their sportiest and most exciting.” The JCW GP concept is aggressive on the outside, but on the inside it’s basically a race car: tubular roll cage, fire-suppression system, racing seats with multi-point belts.

MINIs are interesting in that the “cute” platform lends itself surprisingly well to over-the-top design modifications. The JCW GP takes this capability to a wild conclusion. The car’s wide track, aerodynamic elements, bold scoops, and prominent rear spoiler press the point home, dramatically.

“The MINI John Cooper Works GP concept is all about the unfettered feeling of driving and levels of performance found in motor sport competition,” Peter Schwarzenbauer, the BMW board member who oversees MINI said in a statement. “This is driving fun in its purest form.”

MINI didn’t provide details on the powerplant, but the JCW we sampled came with a 228-horsepower turbocharged four-cylinder engine under the hood, yoked to a snappy 6-speed manual. If concept becomes reality for this GP, expect something along those lines, and a price tag north of $40,000.