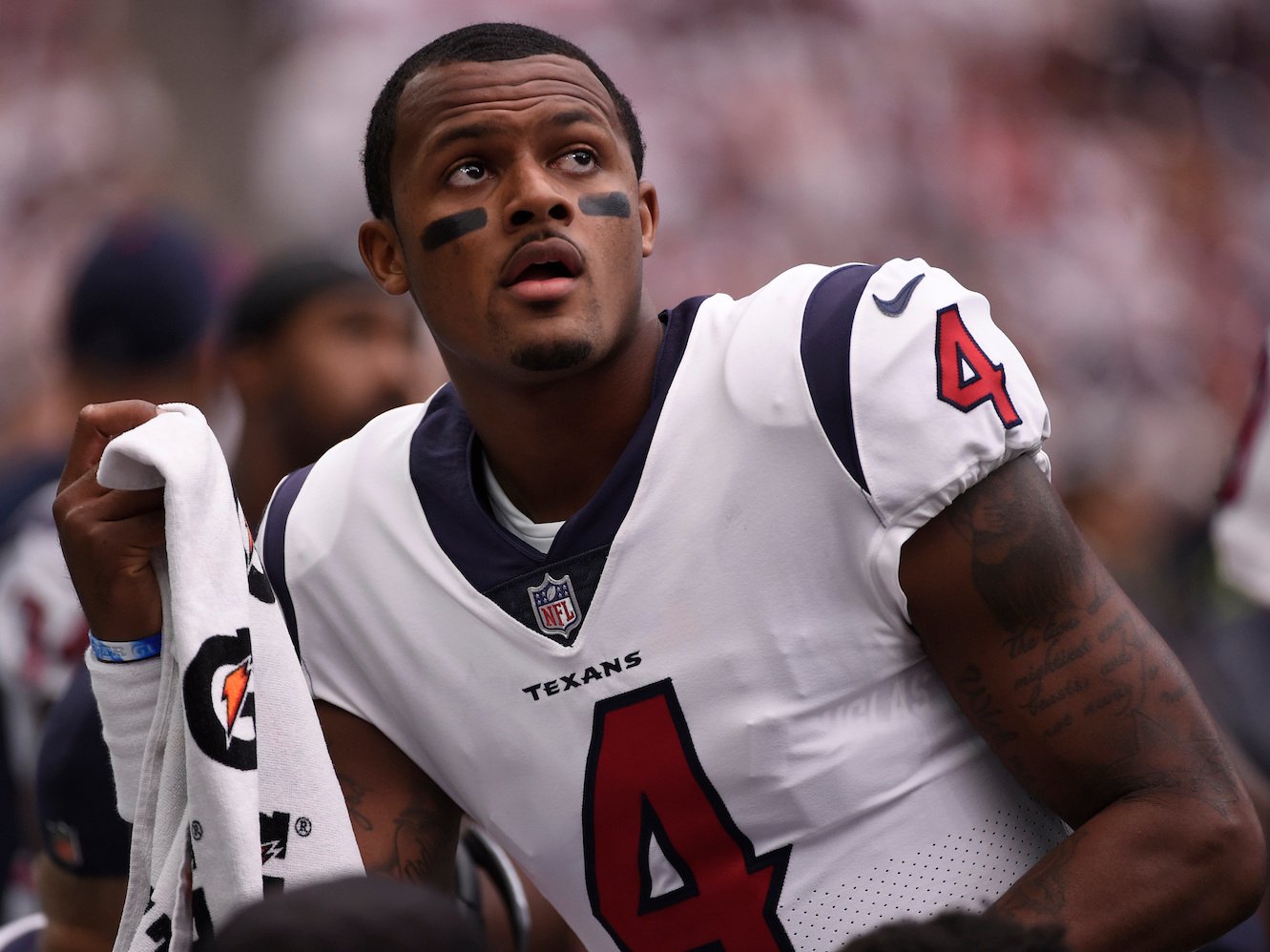 The Houston Texans started Tom Savage at quarterback for their first game of the season but didn’t stick with him long.

After going down 19-0 in the first half to the Jacksonville Jaguars in the first game of the season, Texans head coach Bill O’Brien had seen enough and sat Savage for rookie QB Deshaun Watson.

The Texans took Watson in the first round of the draft this year, immediately beginning speculation about when Watson would take over an uncertain situation at quarterback.

Watson played well in preseason, but ultimately, the Texans chose Savage for his experience. However, that experience didn’t show in the first half as he went just 7-13 for 62 yards and was sacked six times, with one of those turning into fumble that led to a Jaguars touchdown.

I’ve seen a season’s worth of Savage already and I am barely watching the #texans.

OK, I’ve seen enough. Time to bench Tom Savage and go with Deshaun Watson. Might as well get him some experience

So when Watson got the second-half start, the crowd was quite relieved.

On Watson’s first drive, he was nearly intercepted but the play was waved off. Then, later, he completed a touchdown pass to DeAndre Hopkins to get the Texans on the board.

It’s been widely assumed that Watson, at some point, would take over and try to act as the quarterback of the future. While rookies often sit the first few weeks as they get experience, it seems like the Texans best chance at winning may be to give Watson the reps immediately.