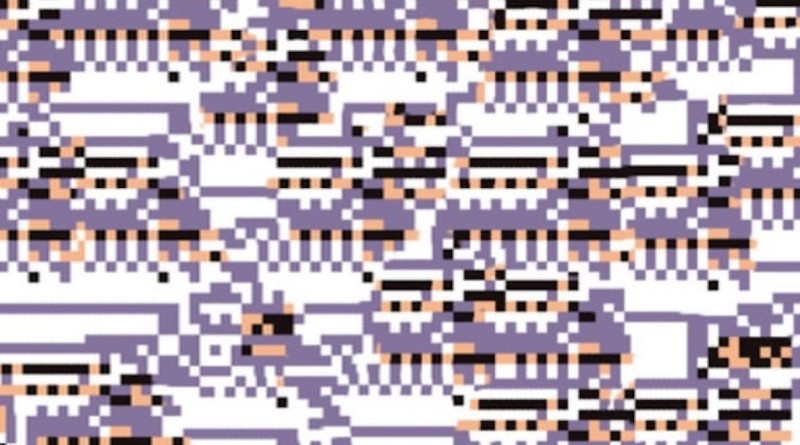 Nintendo might have gone back to tweak the emulation for the Nintendo 3DS re-releases of Pokémon Red and Blue to allow online capabilities and strip out the save states, but it couldn’t fix everything!

Yes, my dear Pokémon trainers. The mythical MissingNo lives on! Some might call Mewtwo, Moltres, or Zapdos “legendary” Pokémon, but that’s just blatant commercialism luring you in. There is only one Pokémon that became a genuine folk-tale among gamers, a true legend discovered by fans and spread by word out mouth. MissingNo.

Talk to the old man who teaches you how to catch a Weedle, then fly to Cinnabar Island and surf up and down the coast. He’s bound to turn up at some point! That’s it! I could probaby catch him in my sleep. Instant success for a glitchy Hall of Fame, infinite Rare Candy and Master Balls, and a level 80 Pokémon that comes equipped with two Water Guns!

Pro-tip, if you surf up and down the coast after flying out of a grassy patch in the Safari Zone, you can catch its Pokémon a whole lot easier too. It’s the only way I’ve ever snagged a Chancey.

So just remember, even if you’ve caught all 151 in your newest Nintendo 3DS save file, you really haven’t. MissingNo is still out there, and he’s not waiting for you in the long grass. He’s waiting in the game’s code, ready to pounce and ruin your progress.