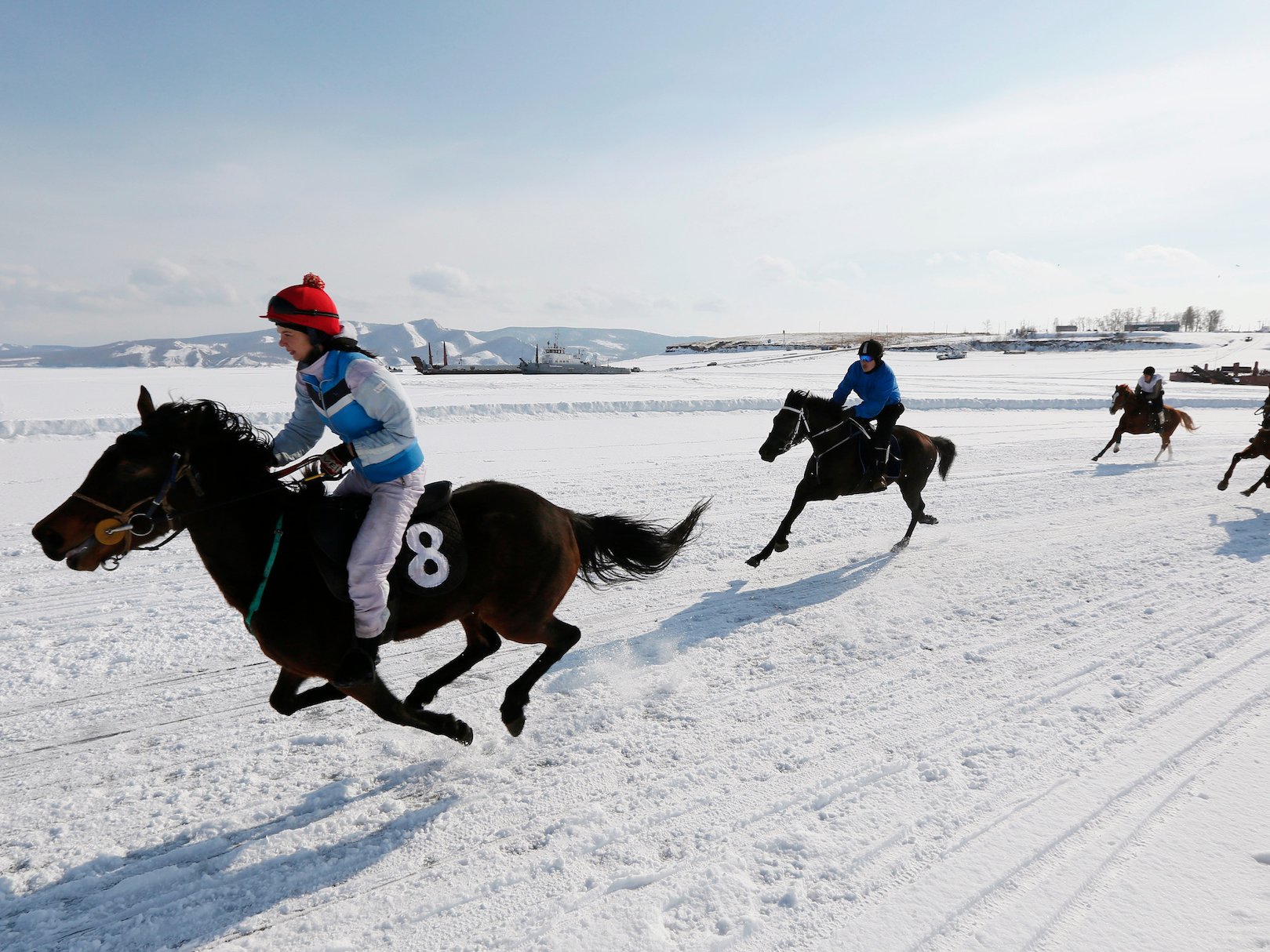 REUTERS/Ilya NaymushinRiders compete on the frozen Yenisei River during the 45th Ice Derby amateur horse race near the settlement of Novosyolovo, south of the Siberian city of Krasnoyarsk March 14, 2015.

Moody’s, the credit ratings company, will withdraw all of its Russian national credit ratings and shut down its joint venture with Russian media company Interfax.

The company will keep its office in Moscow and maintain global scale ratings, which are international creditworthiness comparisons, on Russion entities.

Moody’s rates about 150 debt issuers in Russia, and opened up shop in 1997. But new rules for rating agencies in Russia have caught the company in a web of geopolitical tensions.

The Russian government approved laws, which take effect next year, requiring rating agencies to guarantee they won’t withdraw local credit ratings if asked to by a foreign government.

Following these rules could have Moody’s falling foul of international sanctions from Europe and the US on Russian businesses.

Moody’s said its decision “was taken in light of legislative changes and other potential restrictions” to its business “and notably the expected requirements regarding structural and operational independence which would limit” the Russian joint-venture’s ability to call on the rest of the Moody’s network for resources.

A diplomatic falling out between Moscow and the West over Ukraine has seen business ties being steadily cut between the two regions. Last year Deutsche Bank closed its Russian corporate banking arm in Russia and sent its regional chief, Joerg Bongartz, back to Frankfurt.