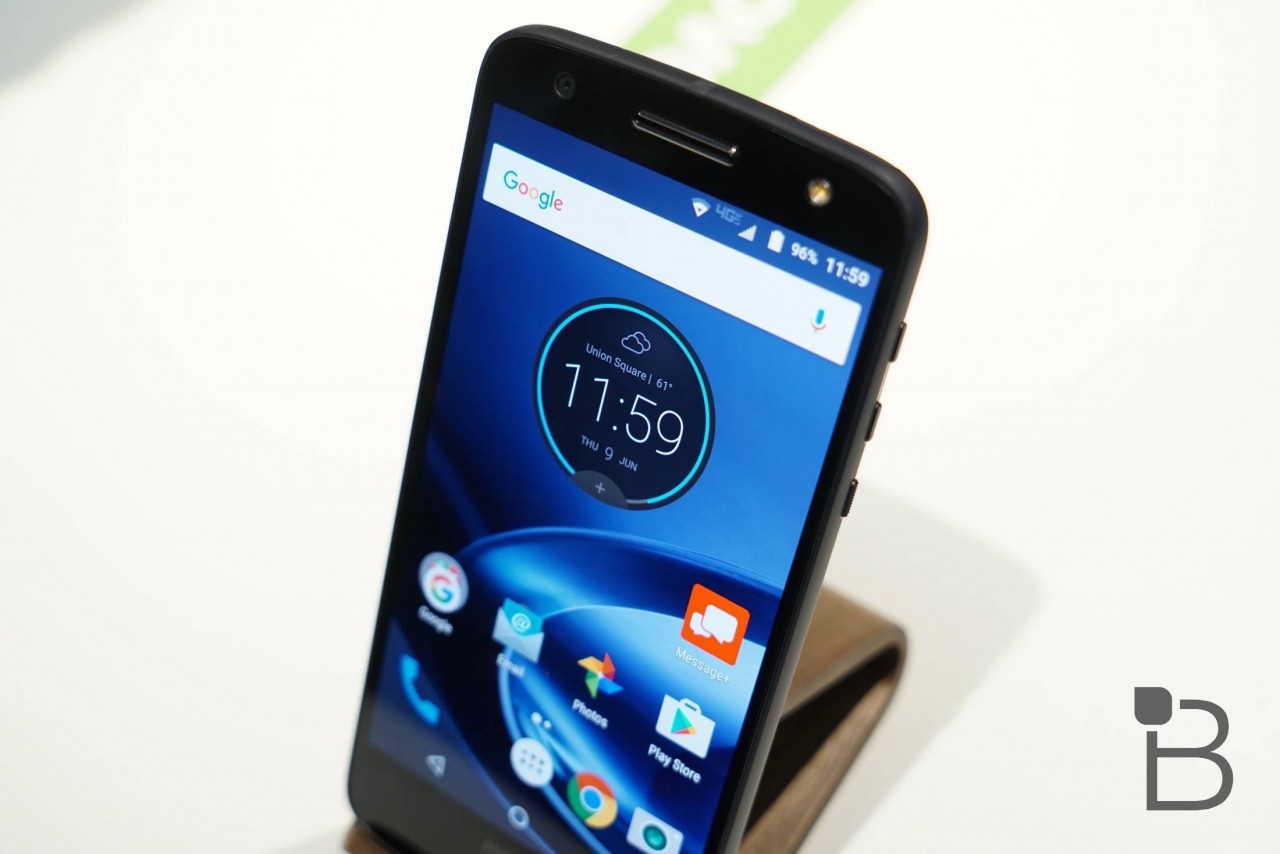 Lenovo unveiled two awesome new smartphones on Thursday, offering a first look at the Moto Z and Moto Z Force before they launch this summer. We have a ton of coverage for both devices and everything else announced, but if you’re looking for a quick rundown of the best new features you’ve come to the right place.

The Moto Z and Moto Z Force offer a stunning new design, a clever modular system called MotoMods and plenty more. So let’s dive right in with our rundown of the top five features.

LG’s modular G5 is a bit of a dud and Google’s Project Ara won’t officially launch until 2017, but Lenovo may have cooked up a clever take on modularity. The company is offering a series of MotoMod attachments that snap onto the back of your Moto Z or Moto Z Force with magnets.

Right off the bat Lenovo is offering three different MotoMods that turn your phone into a powerful speaker, a portable projector or simply add an extra 2,220mAh battery. There’s also a series of Style Shell Mods to give the device a unique look.

The Moto Z and Moto Z Force look pretty awesome without any accessories attached as well. Lenovo went with a sleek metal design, offering a mix of stainless steel and aircraft-grade aluminum.

The Moto Z is also insanely thin, coming in at just 5.2mm. The company claims it’s the slimmest flagship phone on the market right now. The Moto Z Force is pretty svelte too at just 7mm, and it may be a better option if you prefer a little extra power over a thinner frame.

If you’re prone to dropping your phone this feature is an absolute must. The shatterproof display, which promises to keep the screen safe from all drops and bumps, is actually limited to the chunkier Moto Z Force. So if you’re a butterfingers that’s the model for you.

The Moto Z Force packs a hefty 3500mAh battery, which the company says should be enough to get you through the day and then some. Once it does start to run low you can also charge the device impressively fast thanks to TurboPower technology. Just plug the phone in for 15 minutes and you should be good to go for another 15 hours of use. As for the Moto Z, which offers a smaller 2600mAh battery, it promises to add 8 hours of life in the same amount of charging time. Not too shabby.

Finally, the Moto Z and Moto Z Force feature a water-resistant nano-coating that should keep it safe from splashes and spills. It’s not quite as resilient as the Galaxy S7, which boasts an IP68 rating, so you shouldn’t bring it in the pool or dunk it in water. But it’s nice to know that an unexpected splash won’t do any permanent damage to your phone.

There’s plenty of reasons to love Lenovo’s new flagship phones, but we do have a few complaints as well. The company decided not to offer a headphone jack, which is a bummer if you want to keep using your current wired headphones. The devices are also exclusive to Verizon until the fall, so you’ll have to wait for a while to get your hands on an unlocked handset. But for the most part these new phones are pretty awesome, and we can’t wait to really put them to the test for an official review.