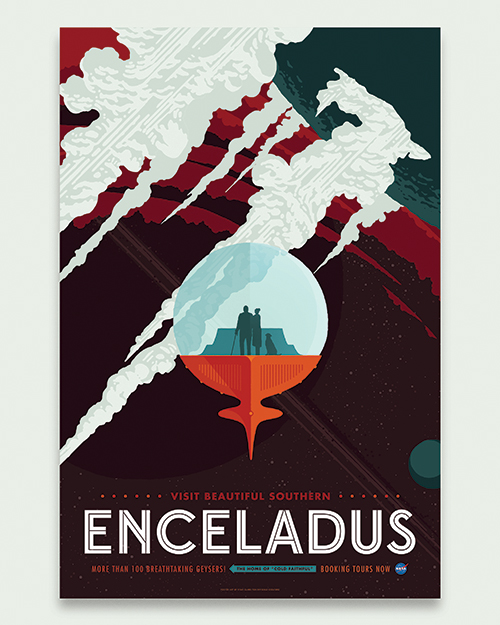 Have grand visions of one day visiting space? So do I.

While we’re still years away from colonizing distant planets, you can at least start decorating your home like a true explorer.

NASA’s Jet Propulsion Laboratory (JPL) commissioned three posters from Seattle-based design firm, Invisible Creature, that focus on the excitement over space tourism. Visit Mars! See Enceladus! Or get the Grand Tour and see Jupiter, Saturn, Uranus and Neptune all in one trip.

The three posters are part of JPL’s Visions of the Future 2016 Calendar, which is only being given to NASA staffers. However, artwork for each month will be released as a free downloadable poster at the NASA JPL site, so don’t feel left out. Additionally, if you want a limited-edition signed poster or print, Invisible Creature is offering those as well.

They’re all gorgeous, and remind me of the kind of nostalgic travel posters you see for national parks.