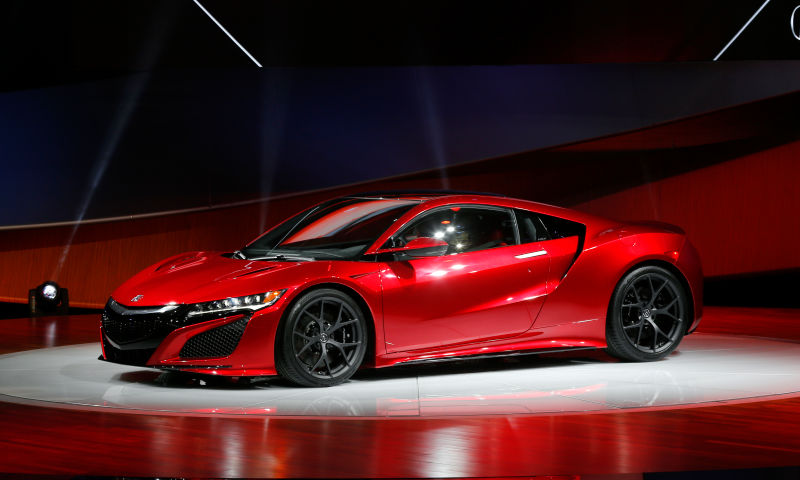 As for your dreams of owning VIN No. 001 of the 2017 Acura NSX, well… they’re not happening. Better luck next time. That honor will go to NASCAR team owner Rick Hendrick, who paid nearly eight times the car’s price tag for rights to make the first custom order.

Rights to the first production NSX—a car that starts at $156,000—went up for auction at Barrett-Jackson in Arizona on Friday night, and Hendrick’s bid of $1.2 million broke the record for highest-selling designated VIN No. 0001 in the auction’s history. The proceeds aren’t for profit, though—all of the money spent by the Hendrick Motorsports owner and Hendrick Automotive Group founder will be split between two charities.

While his money goes to the Pediatric Brain Tumor Foundation and Camp Southern Ground project, FOX Sports reports that Hendrick will add the supercar to a collection of first-edition vehicles including the 2010 Camaro, 2011 Camaro convertible, 2014 Corvette and 2015 Corvette convertible. Interestingly, all of those are Chevrolets—the manufacturer of Hendrick’s NASCAR Sprint Cup Series team—and the newest addition is an Acura.

So, if you do look into buying an NSX and decide to go the more expensive route, perhaps just think of it as getting an 83-percent discount on the one Hendrick bought. Everybody loves a good discount, even if it’s just imaginary.