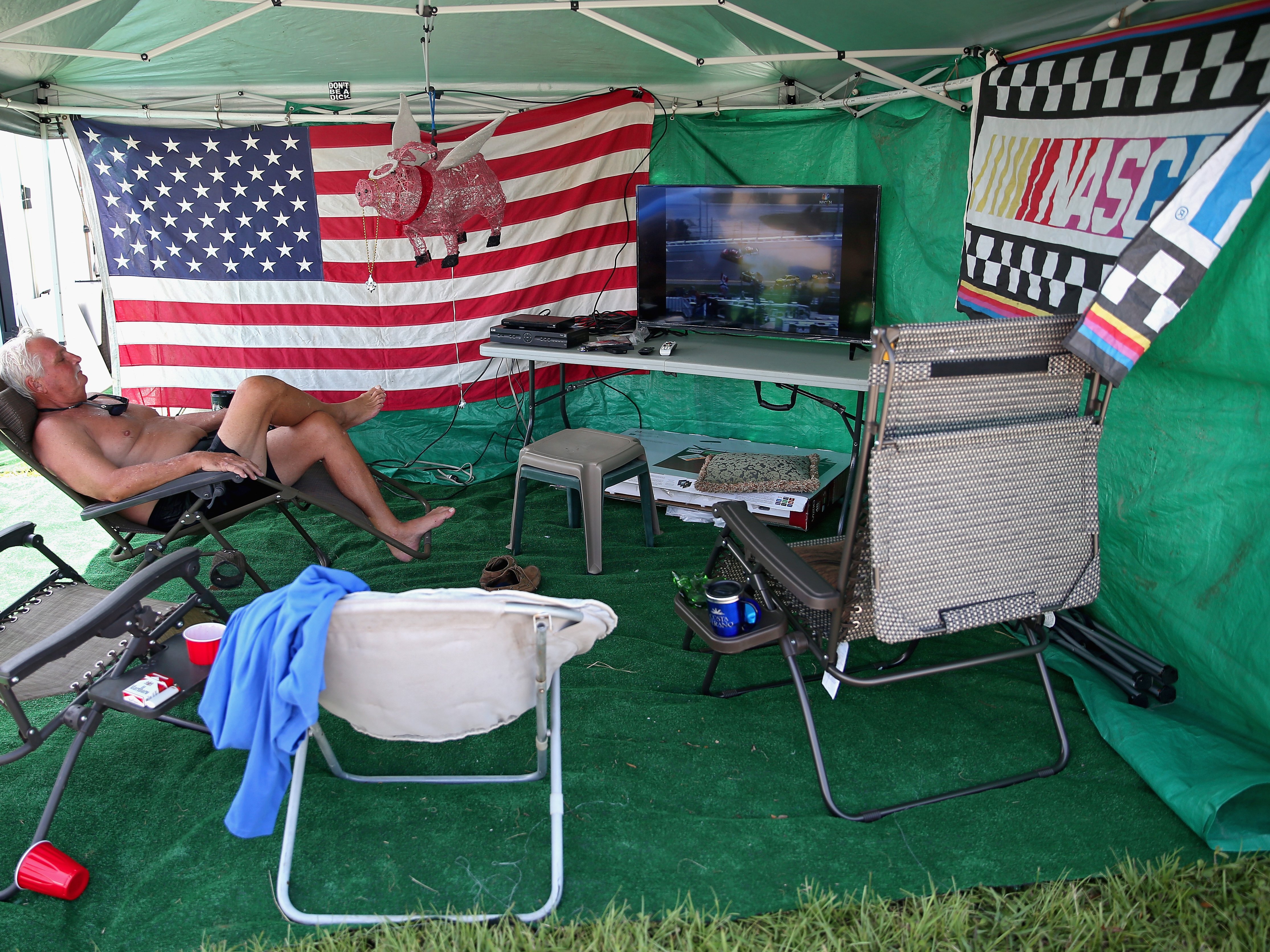 The cost of broadcasting live sports has exploded.

As the looming threats of declining ratings and subscriber losses weigh on traditional TV networks, live sports have been a central component of strategies aimed at gaining and retaining existing revenue bases.

Networks like ESPN and Fox have sunk billions of dollars into securing the rights to broadcast must-see sporting events, and the cost of securing these rights has skyrocketed over the past few years.

And for an example of just how important live sports has become to networks look no further than the recent deal NASCAR struck with Fox and NBC.

Despite ratings falling by a third in the past few years and a fan base in decline, the stock car circuit has raked in TV revenue from its deal with Fox and NBC, according to JP Morgan.

“Viewership across major networks has fallen by over a third and attendance at tracks has declined too, prompting some venues to reduce capacity,” wrote analyst Alexia Quadrani in a note Tuesday.

“And yet, despite this, NASCAR was still able to achieve a +46% increase in its average annual TV revenue after renewing with FOX, and striking a new agreement with NBC. In this way, NASCAR is possibly the purest example of the rapidly rising value of live sports over the past decade.”

And so while paying a premium for a product that is in decline, Quadrani highlights another key component of this live sports strategy for the networks: advertisers.

“Even with a declining audience, NASCAR remains a top draw on cable and broadcast, and like other sporting events, advertisers appreciate its live and engaged audience,” the note said.

This advertising demand has been the central argument for networks that have continued paying a premium for sports: advertisers want people to watch live so they can’t fast-forward through commercials.

This has made events like sports and award shows — which put an emphasis on in-the-moment viewing — worth a premium to advertisers and the networks that bid for these rights. As for the specific strategy decision, Fox and NBC have used NASCAR as a way to build out their smaller sport-only cable networks, according to JP Morgan.

“In our opinion though, the primary reason for NASCAR’s ability to achieve pricing gains is that its content forms a crucial part of Fox Sports 1 and NBC Sports Network’s programming,” said Quadrani.

According to Quadrani, NASCAR will become a crown jewel of these networks whereas at previous rights-holding networks ESPN and TNT, it was competing with other major sports programming for promotional time. (ESPN and TNT, for example, both show NBA games while neither Fox Sports 1 nor NBC have NBA rights currently.)

In return, the two smaller sports networks have a long-term contract with a major franchise that will booststruggling ratings over time.

“What is more clear is that for now NASCAR is helping drive viewership at the cable nets, with both reaching record viewership in 2015,” said Quadrani. “More viewers should not only help drive ad dollars higher, but also increase distribution and sub rates for both sports networks.”

This means that Fox is barely profitable through advertisements, and NBC lost around $140 million. However, the number does not include side-by-side promos and ads run during pre- and post-race coverage, or, of course, cable subscription revenues.

Cable networks make a bulk of their revenue in subscriber fees charged to cable providers to include the networks in their packages, and Quadrani argues that if more people add the smaller FS1 and NBCSN networks to their bundles to watch NASCAR, the revenue will make up for the current advertising dollar difference.

So while there is possibly some money to be made here, the mere fact that Fox and NBC were willing to shell out a seemingly ever-increasing price for races while ratings decline shows just how vital live sports have become to networks.

SEE ALSO:There’s a new ETF that will let you bet on the future of video games