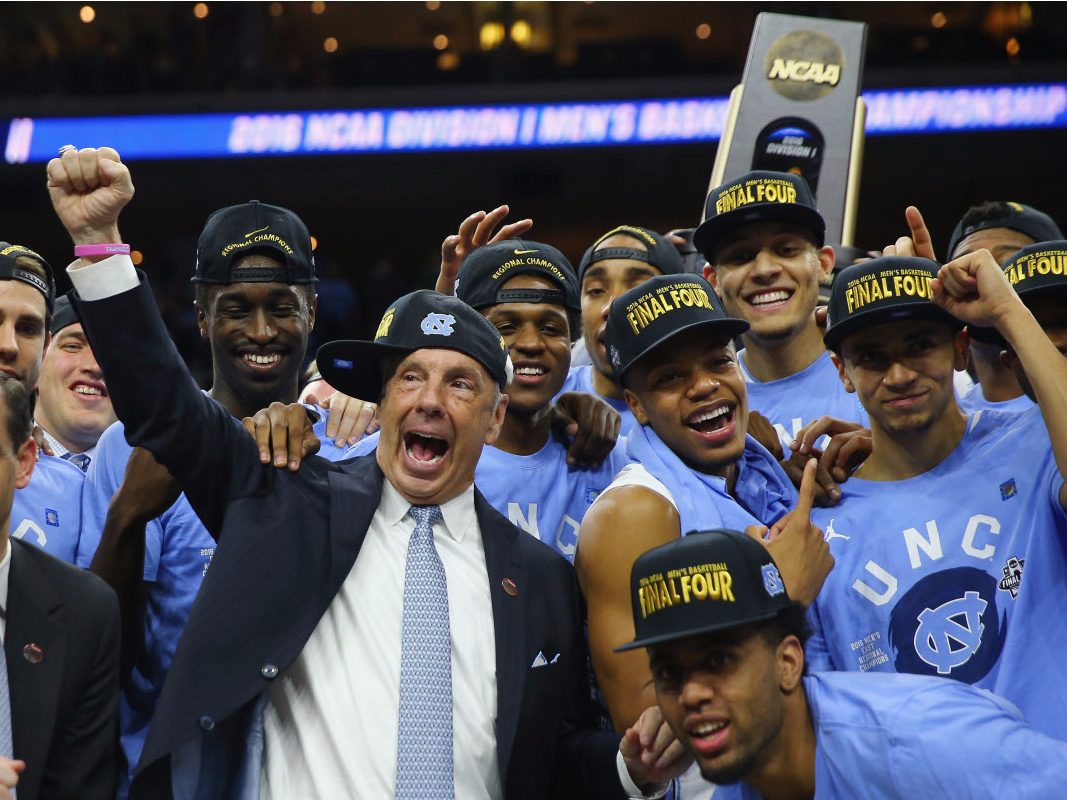 FANTASY BASEBALL: The top 100 players ranked according to the experts

The Final Four is set.

North Carolina, Oklahoma, Syracuse, and Villanova survived another wacky tournament and will compete for the college basketball championship in Houston.

With just three games to go, North Carolina is the heavy favorite to win it all, according to Nate Silver’s model at FiveThirtyEight.com.

Here are the odds for each of the four teams to win the championship based on thousands of simulations of the Final Four:

Of course, like many of these models, this doesn’t mean that Silver is predicting North Carolina to win and it doesn’t even mean UNC is likely to win. In fact, there is a 62% chance that the Tar Heels will not win the championship.

One of the things going for North Carolina is that they are deemed to have the easier semifinal matchup, against 10th-seeded Syracuse, and are less likely to be upset in the Final Four.