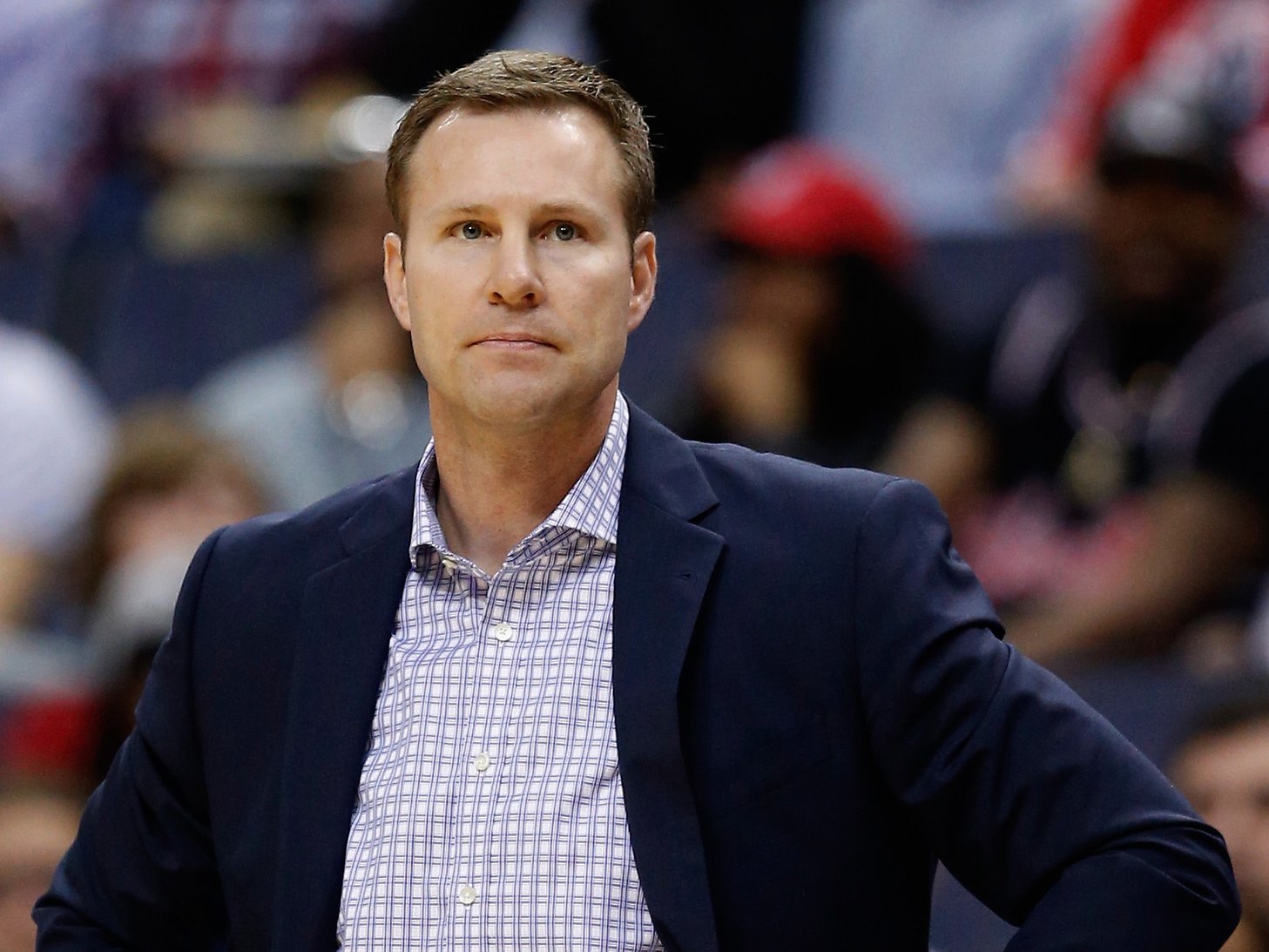 Rob Carr/GettyFred Hoiberg hasn’t solved the problems the Bulls had with Tom Thibodeau.

Gregg Popovich has a brilliant philosophy on how to handle players

At 36-36, the Chicago Bulls are in danger of missing the playoffs for the first time in seven years.

This was not the expected result when the Bulls fired Tom Thibodeau at the end of last season, hired Fred Hoiberg, and returned with a deep, talented, versatile roster.

Thibodeau was supposed to be what was holding the Bulls back the last few seasons. His intense habits reportedly wore on a players and management, and he lagged in several areas when it came to modern principles, particularly minutes management. The Bulls have been perpetually injured, and Thibodeau’s lack of concern for playing players 40 minutes a night and practicing frequently didn’t help.

Hoiberg, on the other hand, was a hand-picked, player-friendly coach, a guy who could retain the Bulls’ stellar defense while improving their offense.

Instead, the Bulls are on the verge of disaster. Having lost three games in a row — twice to the Knicks, then the Magic — six of their last ten, the Bulls look far from the contenders everyone believed they would be.

Now, without Thibodeau, there are several signs that these Bulls could really use a coach like him.

The Bulls’ defense hasn’t improved either. In the previous two seasons, the Bulls finished second and 11th in defensive rating. This year, they’re 13th.

Furthermore, the Bulls have been open about addressing their intensity — something that was never a problem under Thibodeau. Jimmy Butler made waves in December when he called out Hoiberg for the team’s lack of intensity:

“But I also believe that we probably have to be coached a lot harder at times. I’m sorry, I know Fred’s a laid-back guy, and I really respect him for that, but when guys aren’t doing what they’re supposed to do, you got to get on guys, myself included. You got to do what you’re supposed to do when you’re out there playing basketball.”

On Monday, it was reported that the Bulls held a team meeting and Hoiberg was once again addressing the team’s urgency (via Chicago Tribune’s K.C. Johnson):

“Obviously what I’m saying right now, my message is not getting across. … It starts with us flat-out competing and communicating with each other. When we put our heads down, obviously things don’t go well for our group. Adversity will hit us every time we step on that floor. What will define us is how we handle that adversity. It’s pretty simple: You have to fight. Instead of splintering and pulling apart, you have to find a way to stick together through those tough times.”

This was rarely the message under Thibodeau. Even if his intense methods bothered players — a report once said players were practicing elsewhere to avoid seeing Thibodeau — preparation was not the problem. Even with an injured cast of players, the Bulls usually outperformed expectations.

Hoiberg simply hasn’t been able to press the right buttons. The year started out on an awkward note when Hoiberg opted to start Nikola Mirotic over Joakim Noah to create more space on offense. A nice idea on paper, the move bothered Noah. A disciple of Thibodeau, Noah is out for the year with a shoulder injury, and clearly, the team has missed his presence.

Elsewhere, Derrick Rose has been inconsistent. He and Butler, when both healthy, haven’t gelled in the way the team would hope. Young players like Doug McDermott and Tony Snell have also been up and down.

Long-term, the Bulls have serious questions to answer. Paul Gasol and Noah are free agents this summer, and Rose and Taj Gibson are free agents next summer. The Bulls’ bad play isn’t necessarily an indictment on Hoiberg, but it simply proves that all the team’s problems weren’t solved by firing Thibodeau.

The Bulls might have to face the real possibility that after spinning their wheels for six years, this core can’t get it done.