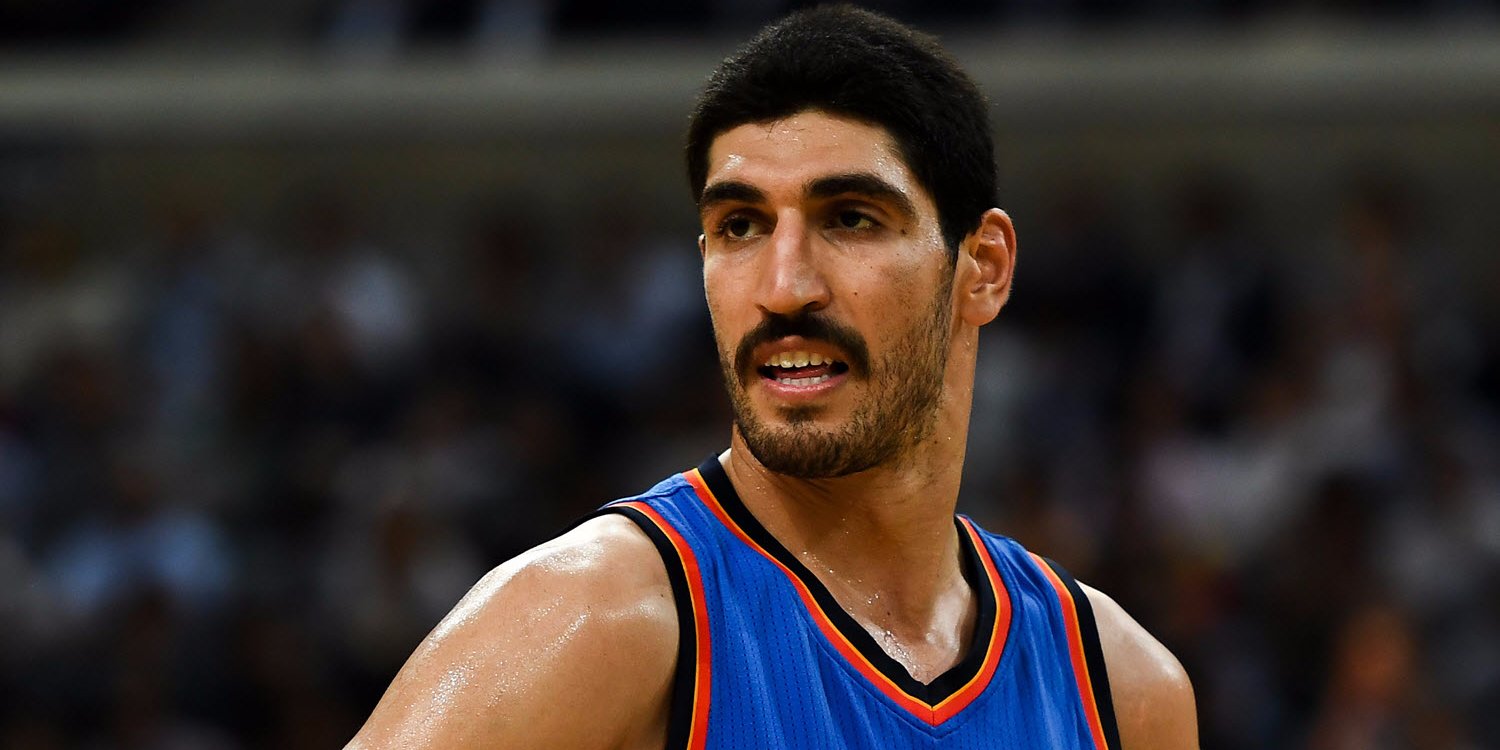 Oklahoma City Thunder center Enes Kanter tweeted on Friday that his father, Mehmet, has been arrested by the Turkish government for political reasons.

Kanter, who is from Turkey, has been a vocal critic of president Recep Tayyip Erdoğan, calling him the “Hitler of our century.”

Details of the alleged arrest are unknown, but a Turkish newspaper reported last week that a warrant was issued for Kanter’s arrest in Turkey and Kanter previously was detained at a Romanian airport because Turkey had canceled his passport.

MY DAD HAS BEEN ARRESTED

by Turkish government and the Hitler of our century

He is potentially to get tortured as thousand others

Kanter is a supporter of Fethullah Gulen, an Islamic preacher who has lived in self-imposed exile in Pennsylvania since 1999. The Turkish government blamed Gulen for an attempted military coup last summer.

According to ESPN, Kanter said recently that he hasn’t spoken to his father in two years. Mehmet told a Turkish newspaper last summer that the family disavowed Kanter for his support of Gulen.

Kanter released a statement on his website, saying his father may get tortured “simply for being my family member” and that there are “countless stories” of rape, torture, and sodomy in Turkish prisons. Here’s his statement:

“I woke this morning to the news of my father being arrested by the Turkish government. The police raided our home in Istanbul, something that is happening to many innocent families across Turkey just because they are members of Hizmet, inspired by Scholar Fethullah Gulen. Hizmet today is a transnational social initiative that advocates for the ideals of human rights, equal opportunity, democracy, non-violence and the emphatic acceptance of religious and cultural diversity.

“The AKP (Current regime) has su­ppressed Free Media, blocked opposition parties in countless ways, changed the constitution granting unprecedented powers, and altered democracy so that they may consolidate power.

“My father is arrested because of my outspoken criticism of the ruling party. He may get tortured for simply being my family member. There are countless stories that Amnesty International has published about rape, torture, and sodomy in the Turkish prisons following the alleged failed Military Coup attempt on July 15, 2016, that is blamed on innocent individuals of Hizmet. You may clearly see that benefactor of this failed coup was the Turkish Government.

“According to Amnesty International & TurkeyPurge.com the AKP Government has detained 104,000 peaceful individuals, which consist of 17,000 women, many of whom are pregnant, or imprisoned with their children. They have shut down nearly 150 media outlets, arrested 234 journalists, which is more than any other country since July 15, 2016. In fact, they have dismissed 4,424 judges & prosecutors further eliminating checks and balances. These acts have assisted in Erdogan’s attempt to consolidate power even further.

“For a second please think and imagine, if something like this is happening to an NBA player, what is happening to the people with no voice or podium to speak on? There could be hundreds of thousands of people that are detained, tortured, or murdered that we are not hearing about. Freedom of expression is a basic human right, and I ask the WORLD to join me in seeking justice and equality for all and to reject oppressive regimes and dictatorships.”