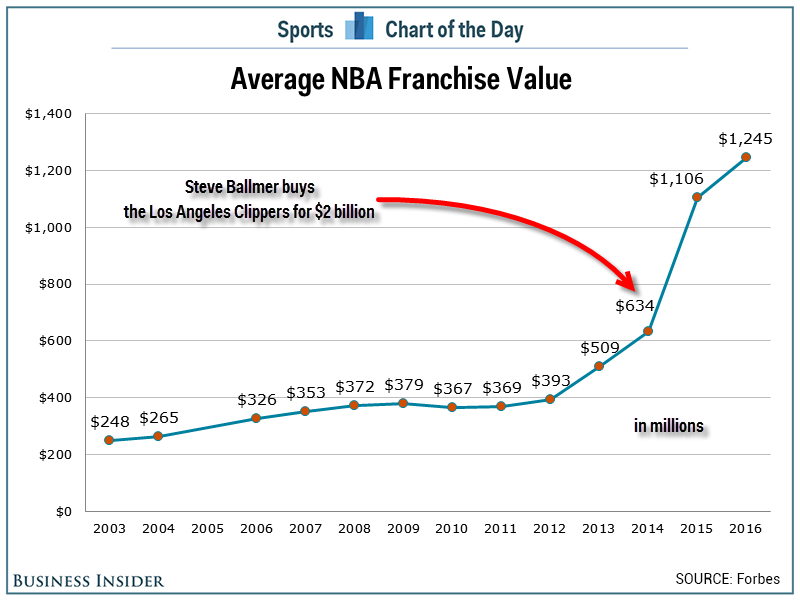 The value of the average NBA franchise has nearly doubled in the last two years according to the latest valuations released by Forbes.com.

Of course, the biggest factor has been the $2 billion purchase of the Los Angeles Clippers by former Microsoft CEO Steve Ballmer. Even if Ballmer overpaid for the Clippers, something many people believe, it still shows that Forbes was underestimating how much people would be willing to pay for NBA franchises. Overall, the average NBA franchise is now worth $1.25 billion, more than triple the value just four years ago ($393 million).

At the top of the list, the New York Knicks are the most valuable team at $3.0 billion, having surpassed the Los Angeles Lakers who are now at $2.7 billion. The Clippers are now fifth overall at $2.0 billion.