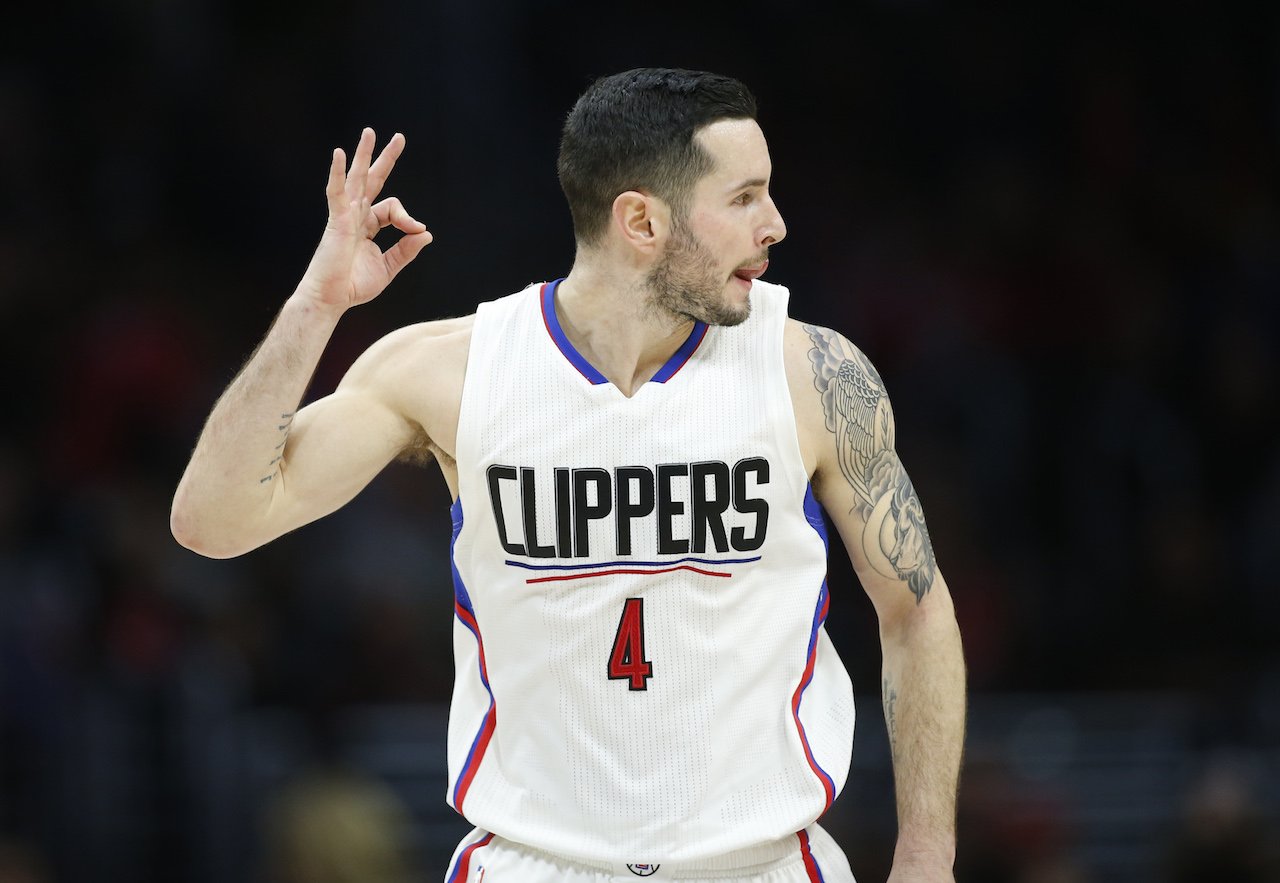 The midseason NBA trade deadline came and went with relative tranquility. Aside from a handful of small trades and contract dumps that failed to excite even the most diehard basketball heads, most teams opted to stay put and ride out the remainder of the year with their rosters unchanged.

While the quiet trade deadline may upset fans everywhere outside the Bay Area, it also left NBA players — especially those on expiring contracts — breathing a major sigh of relief.

On Monday, veteran Los Angeles Clippers guard and rookie podcast host J.J. Redick brought on Charlotte Hornet Spencer Hawes to discuss the emotional roller coaster NBA players feel leading up to the 3pm EST trade deadline. Redick and Hawes were teammates in Los Angeles last season, but earlier in their careers they were both traded midseason at the deadline. As they discussed, the entire experience is overwhelming and exceedingly difficult.

“I had a pretty good idea that I was going to get moved. Obviously you never know where, but you hear the rumors and you talk to everybody and you have a pretty good pulse on which ones have traction,” Hawes said. “It’s a stressful experience, especially when you’ve been in a place for a while like I had in Philadelphia. So you’re hearing the rumors, you’re getting ready to go to practice, you know you’re not supposed to practice, and it’s kind of awkward with everybody there.”

Hawes eventually got the final word, packed up his locker, drove home and threw all his clothes onto the bed. Then he left for the airport. That night he played Toronto as a member of the Cavs. Back in Philly, his mom packed his apartment up. Hawes never saw the place again.

I’m lucky, I’m not married and I don’t have any kids, so I took everything I thought I needed for the rest of the season and threw it on my bed. I was lucky that my mom came out and she packed up the clothes and put it in the car and that was the last I’ve ever seen of my apartment in Philadelphia where I lived for four years.

Redick had an even more nerve-wracking day when he was traded from Orlando to Milwaukee in 2013. Redick had spent the first seven years of his career with the Magic, and had been told earlier in the day that he wasn’t going to be traded. But when his team boarded an airplane, he and a few other players on the trade block were instructed to stay on the team bus. At 2:59, just one minute before the deadline, Magic G.M. Rob Hennigan called him and told him that he’d been traded.

“We kind of just sat there on the bus, the whole team is on the plane,” Redick said. “We sat there for 30 minutes, at 2:59 I get a call from Rob Hennigan to let me know I got traded.”

“For me, I’d spent seven years there and I actually said to them that I’m getting on that plane because I have to go say goodbye to these people that I’ve spent the majority of my adult life with, so that was a very emotional process.”

As you’ll hear every player, coach, and executive say over and over again, the NBA is a business and trades are a reality of the business. Still, Hawes said that being traded in the middle of the season is never something players can take easily — even if they are told not to take it personally.

“And that type of stuff you never get used to … but it is the business we’re in. And we live a great life and we’re very blessed, but it is one of the downsides.”

“It’s still a shock to the system.”

You can, and should, listen to the whole podcast over at Yahoo.