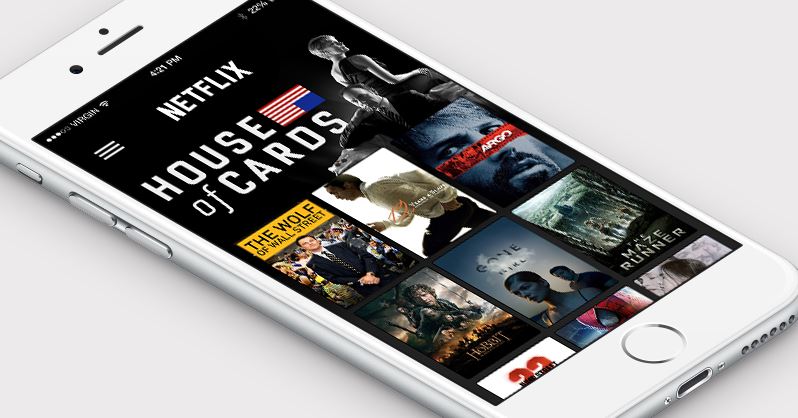 Netflix recently confirmed it has been throttling the data of some mobile users to prevent them from reaching their caps while binging on movies and TV shows. Some aren’t too happy about this, so the company is going to give customers control over their data.

Netflix admitted to throttling video streams for customers on AT&T and Verizon, but it insists it hasn’t been doing it nefariously. Its aim was to prevent customers from blowing their data allowance on movies and TV shows too quickly.

In turn, this could encourage some users — who aren’t happy about the service eating up all their data — to cancel their Netflix subscription. But now, instead of taking control for you, Netflix is going to let you choose how you’d prefer to stream content.

With an update that’s coming “sometime in May,” mobile users will be able to choose the quality of the video they get while using a cellular connection.

“The data saver feature will provide members with more control over their data usage when streaming on mobile networks, allowing them to either stream more video under a smaller data plan, or increase their video quality if they have a higher data plan,” explained Netflix’s Anne Marie Squeo in a blog post.

Squeo goes on to explain why Netflix has been throttling video for some users:

We believe restrictive data caps are bad for consumers and the Internet in general, creating a dilemma for those who increasingly rely on their mobile devices for entertainment, work and more. So in an effort to protect our members from overage charges when they exceed mobile data caps, our default bitrate for viewing over mobile networks has been capped globally at 600 kilobits per second. It’s about striking a balance that ensures a good streaming experience while avoiding unplanned fines from mobile providers.

Netflix says this approach hasn’t been an issue for its users, many of whom worry about exceeding their data cap. However, it recognizes that some have larger caps and don’t want their video throttled, so it is making changes to give us more control.

Until then, you should avoid watching Netflix on a cellular connection if you want the best video quality available.