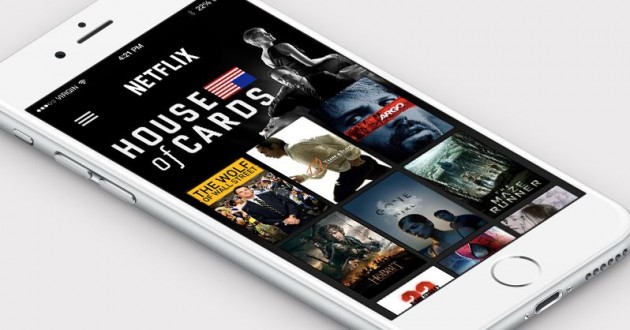 You might not want to blame your wireless carrier the next time your video is sluggish on your smartphone or tablet. Turns out that it isn’t Verizon or AT&T that are throttling data speeds to Netflix customers but, rather, the exact opposite. Netflix recently confirmed that it throttles customer data on Verizon and AT&T – but not on Sprint or T-Mobile.

Netflix has been doing the practice for the past five years, according to The Wall Street Journal, but not nefariously. Instead, the company says it chose to do so in order to prevent customers on those wireless networks from surpassing their monthly data caps.

It sounded like a bunch of boloney to me at first, since I’m not sure how Netflix would know how much data I have left, but the idea is that it throttles the quality so that the app consumes less data overall. That might make you pretty angry at Netflix, but it makes sense. After all, if you discovered that Netflix was gobbling up all of your data, you’d probably cancel the service, right?

So how did this all come to light? Apparently T-Mobile, which offers a BingeOn wireless service that has been accused of infringing on net neutrality laws, recently accused Verizon and AT&T of also throttling data. Turns out those carriers weren’t, though, as we now know.

Netflix told The Wall Street Journal it is trying to launch options that will let customers choose their data quality. And it should. After all, we’re paying for the data, so we should decide what we get to do with it.