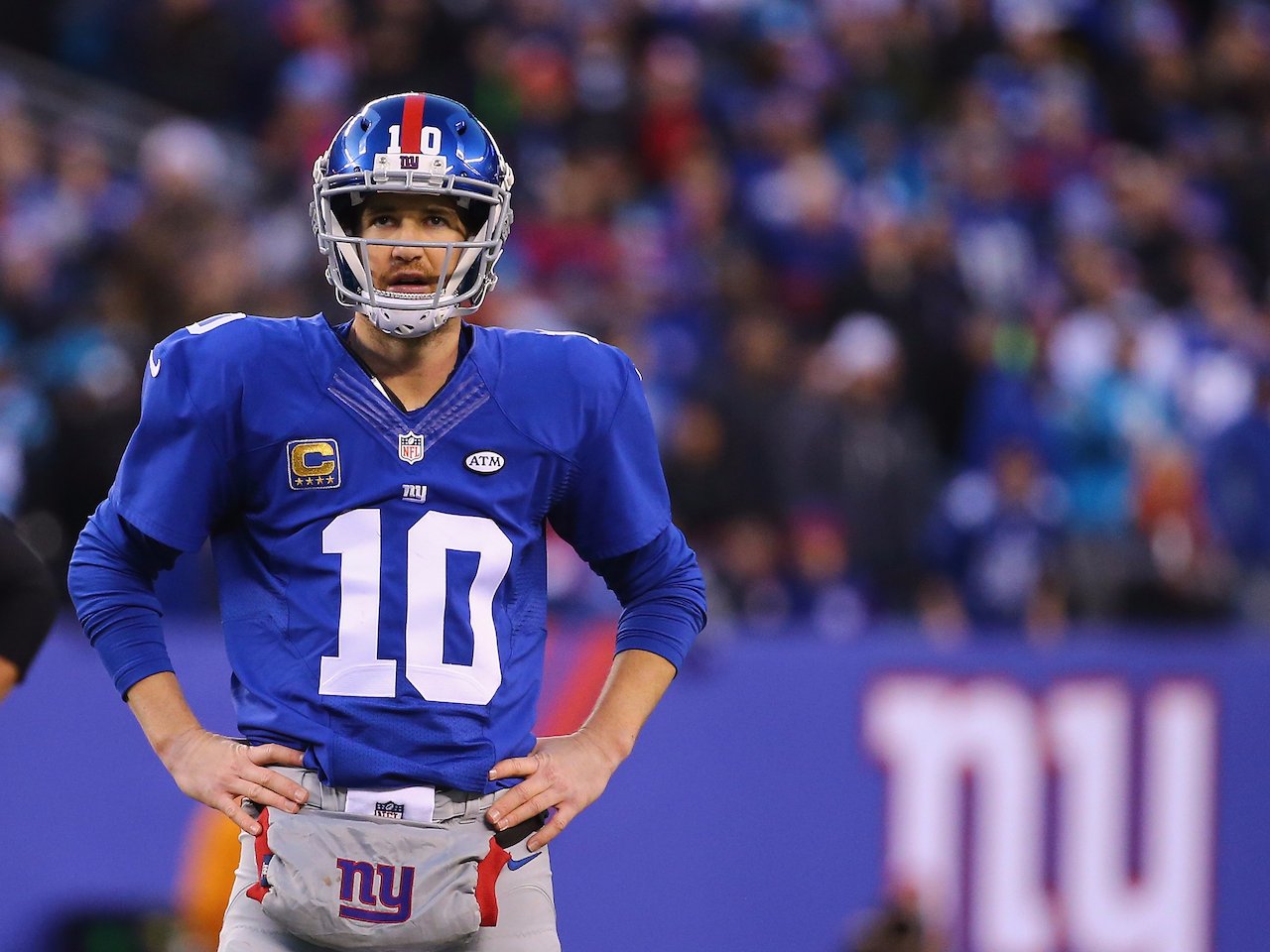 New evidence in a civil-racketeering suit suggests Eli Manning knowingly tried to pass non-game-used equipment off as game-used to a memorabilia dealer, according to court documents obtained by Kaja Whitehouse and Bruce Golding of the New York Post.

The evidence is part of a lawsuit filed against Manning, the New York Giants, Giants equipment manager Joe Skiba, Giants owner John Mara, and Steiner Sports, a large memorabilia company. The suit accuses them of “conspiring to fleece collectors of authentic athletic uniforms worn on the playing field,” according to the report.

Manning’s email is contained in a pair of exchanges that allegedly began when his marketing agent, Alan Zucker, asked Manning to supply “2 game used helmets and 2 game used jerseys” as per the two-time Super Bowl MVP’s contract with memorabilia dealer Steiner Sports.

Several hours after Zucker sent the request on April 27, 2010, Giants equipment manager Joe Skiba sent Manning an email saying: “Let me know what your looking for I’ll try to get something down for you…”, court papers say.

“2 helmets that can pass as game used. That is it. Eli,” Manning allegedly responded from his BlackBerry at 2:08 p.m.

Less than 15 minutes later, at 2:25 p.m., Manning wrote back to Zucker, saying: “Should be able to get them for tomorrow.”

The plaintiffs’ lawyer, Brian Brook, told the Post that the emails prove “Manning was looking to give non-game-used helmets to Steiner to satisfy — fraudulently — his contractual obligation.”

The Giants released a statement saying the messages were “taken out of context.”

“The email, taken out of context, was shared with the media by an unscrupulous memorabilia dealer and his counsel who for years has been seeking to leverage a big payday. The email predates any litigation, and there was no legal obligation to store it on the Giants server.

“Eli Manning is well known for his integrity and this is just the latest misguided attempt to defame his character.”

Brook also alleged the Giants deleted the emails between Manning and Skiba, who was using a Giants email address. Manning was using an AOL address and still had the emails and willingly handed them over, the report said.

Manning’s agent didn’t immediately respond to a request for comment from Business Insider.