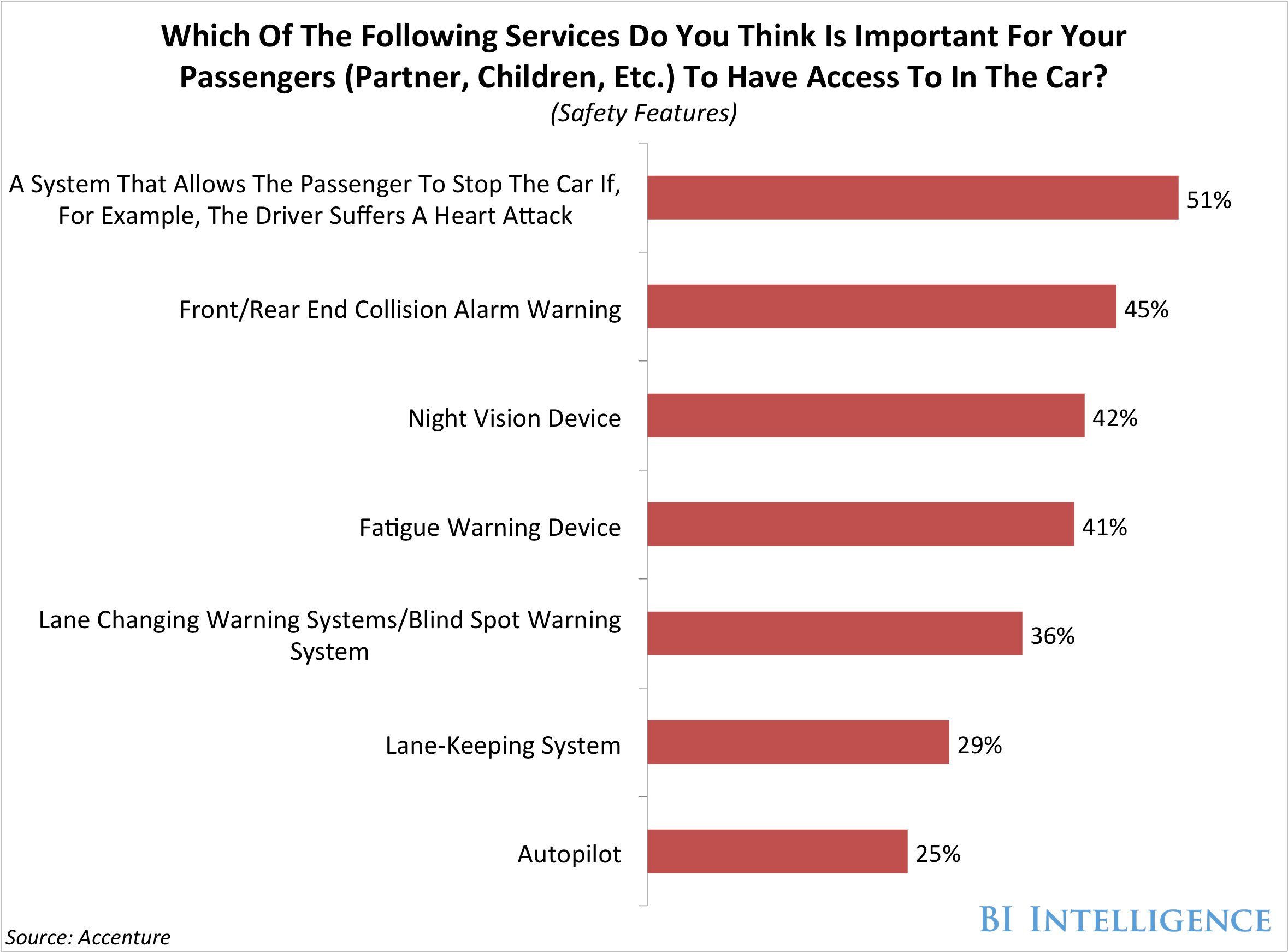 No More Falling Asleep at The Wheel

If you’ve ever felt too tired to drive, then soon your car might be able to tell you to take a nap before you get behind the wheel.

Major auto makers are testing technology that would determine if a driver is too tired or too distracted to drive safely, reports the Wall Street Journal. This technology could be available as early as next year.

These artificial intelligence systems would help to offset the auto industry’s push into connected car features that some researchers say could contribute to distracted driving.

Automakers who are testing these systems include General Motors, Toyota, and Volkswagen.

This is how one of the fastest-growing startups in Silicon Valley shot to the top and then unraveled.

Marco Rubio is trying one of the boldest tactics we’ve ever heard of just to stop Donald Trump.

And finally, these graphics offer a colorful look at how the world’s empires have risen and fallen throughout history.

REPORT OF THE DAY Yahoo has signed a deal with the NHL to immediately begin streaming four live games each week for free without requiring any kind of cable subscription or authentication. Read more >>

The virtual reality tech company has added some new social media features to the Samsung Gear VR that will make it easier for users to find and interact with each other.Read more >>

The U.S. lags behind other countries in payment processing speed, but measures are underway to change that.Read more >>

Retailers Are Using Snapchat to Get Feedback from Their Customers

These “screenshot surveys” provide a free way for retailers to engage with consumers and obtain some value data from them. Read more >>

Trucks, Buses, and Ambulances Are Vulnerable to Hacks

Researchers have found that telematics devices found in ambulances, buses, and trucks make these vehicles susceptible to hackers. Read more >>

CHARTS OF THE DAY 
BECOME A MEMBER OF BI INTELLIGENCE You can gain access to everything BI Intelligence produces – ALL of our extensive research reports, newsletters, and data – when you claim your BI Intelligence ALL‑ACCESS pass. With this level of membership, you will gain immediate access to…

Our research reports have taken thousands of hours to research, analyze and compile. With over 100 reports in our archive there is something for everyone with immediate profit-driving idea potential. Packed with data, insight and analysis the research helps you understand your chosen subject area in fresh new ways. You’ll receive around 6 new reports each month on topics that matter to you, delivered electronically the instant they’re finalized for as long as you’re a subscriber.

With access to all 5 of our INSIDER newsletters, you’ll know about all the important developments that are impacting your company, your bottom line, and even your career. Our insightful news briefs give you the context around critical developments. At least once a week, the BI Intelligence team will send you thought-provoking “extra” content in the form of charts, graphs, and graphics, along with our analysis of what it means.

And a 14-day Satisfaction Guarantee:

If you are not completely satisfied, you may cancel your ALL‑ACCESS pass before the end of your first 14-days and we will refund the full amount you’ve paid.