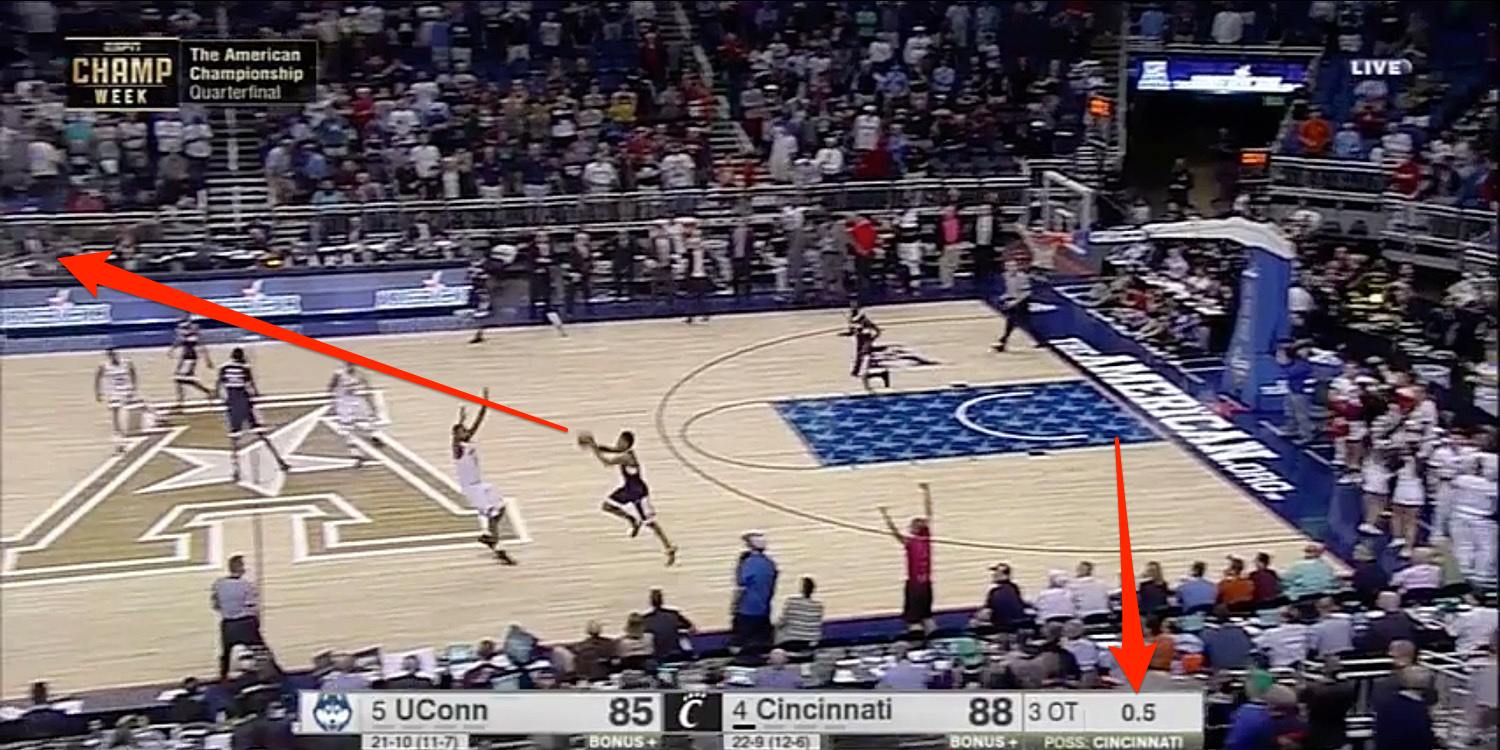 A University of Connecticut player hit the shot of his life on Friday to send the American Championship quarterfinal game against Cincinnati into a fourth overtime.

The heroic shot came after Cincinnati hit a three-pointer to go up three points with just 0.8 seconds left.

Cincinnati understandably dropped back, trying to prevent a long pass to the basket for a quick shot. That’s when Jalen Adams of UConn took the inbounds from the backcourt and chucked up a shot from three-quarters court to tie the game at the buzzer.

This is the type of stuff that makes March Madness, even before the big tournament.