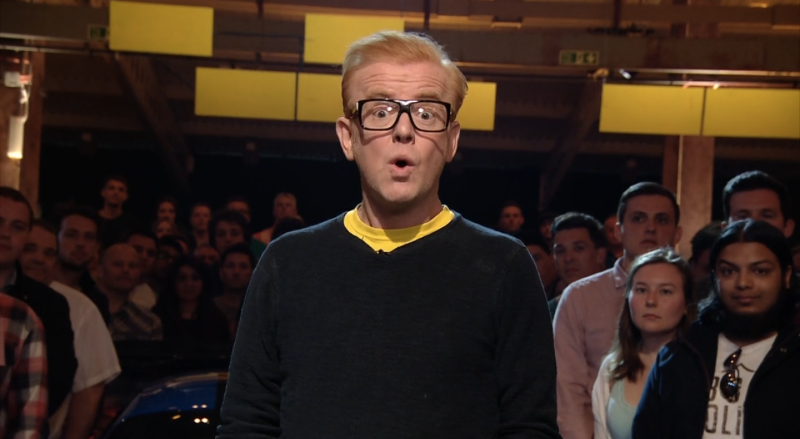 After Sunday’s Top Geartrain wreck, host Chris Evans had a bit of a Twitter meltdown. He started citing weird statistics as if to prove that new Top Gear is better than old Top Gear, much in the same way that a trash fire is more popular than puppies. But it turns out that it actually wasn’t so popular after all.

Despite Matt LeBlanc, Sabine Schmitz, Rory Reid, and Chris Harris generally coming off okay, Evans and his use of brown people as props have been almost universally panned.

The only thing Evans—who definitely does NOT have ego issues, thankyouverymuch—has said about Top Gear since the episode aired were some tweets about its ratings:

But if you go beyond the measure of “audience share,” which is a weird yardstick for this sort of thing, as The Telegraph did, you’d actually find that not many people, relatively, actually watched it:

The show drew 4.4 million viewers, with a peak of 4.7 million, while the last series with Jeremy Clarkson, Richard Hammond and James May bowed out with 5.8 million viewers.

Evans said last week he would be ‘disappointed’ if the show attracted under 5 million viewers.

Those numbers were the lowest in a decade for Top Gear. FACT.

It’s gotten so bad that British bookies are now lowering the payouts on bets that Evans will be fired before the new Top Gear gets renewed for a second series.