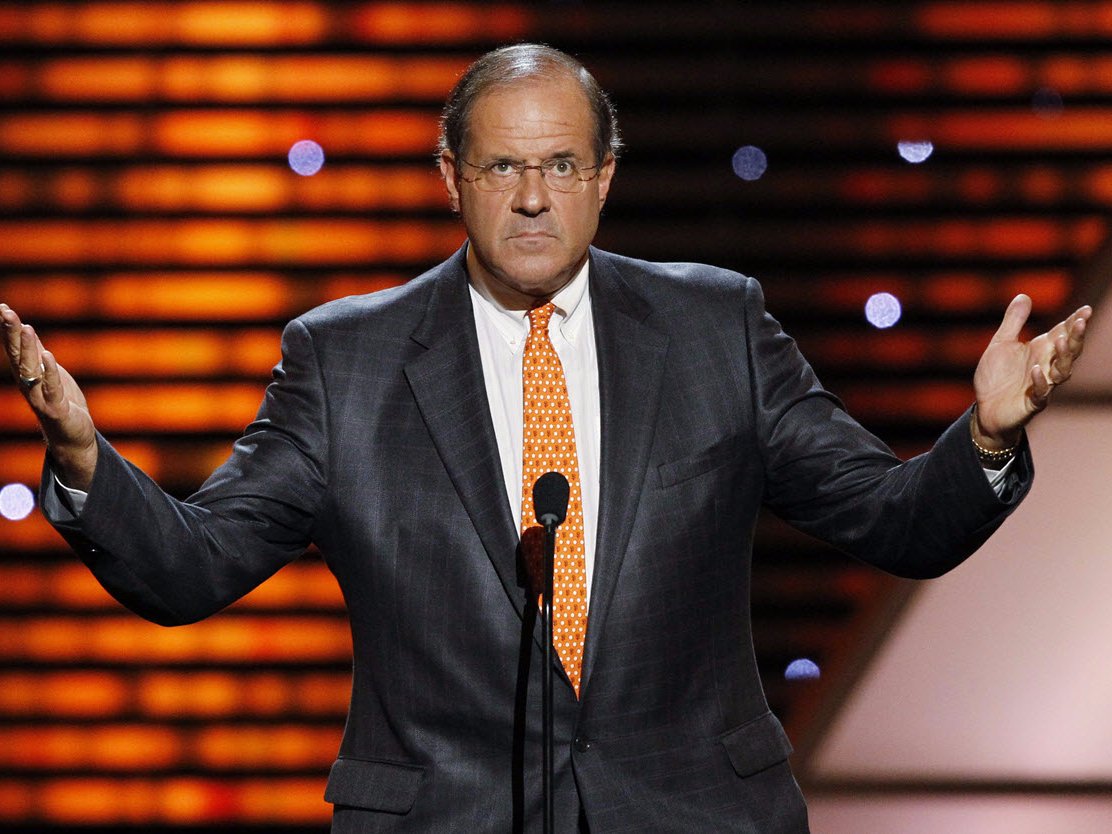 NBA MOCK DRAFT: Here’s what the experts are predicting for all 30 first-round picks

The 20 most popular athletes in the world

Chris Berman has been the face of ESPN for much of the network’s four decades on the air. But it is starting to sound as if Berman will be ESPN’s latest big-name personality to be pushed aside.

Eyebrows were raised when a report on Thursday from The Big Lead said the 61-year-old Berman was expected to retire when his contract expires sometime after the 2016 NFL season. Berman’s agent spoke with Richard Sandomir of The New York Times and quickly shot that report down.

“Chris is NOT retiring,” Berman’s agent told Sandomir. “[He] loves what he’s doing too much and is too young to hang ’em up.”

Berman’s agent then added that “perhaps people with an agenda put it out there.”

On Tuesday, Jim Miller, author of “Those Guys Have All the Fun: Inside the World of ESPN,” was a guest on “The Dan Patrick Show” and discussed Berman’s future, saying that Berman would most likely stay with the network but that his role would be severely reduced.

“It’s clear that he will be changing roles,” Miller told Dan Patrick. “There is no doubt about it. He is going to ride out this football season. But I think that given his contract is up I believe sometime later this year, it’s time. It seems like we’ve been talking about Berman’s future since the dawn of man, and I think we’re finally at the point where it’s going to be reconfigured.”

But while ESPN has jettisoned other big names in the past year, including Bill Simmons, Colin Cowherd, Keith Olbermann, and Jason Whitlock, Berman’s over-the-top personality is too big for the self-proclaimed Worldwide Leader in Sports to just cut the cord completely.

“I think he is too big a personality in ESPN history for them to just vote him off the island, hit the delete key,” Miller said. “And I don’t think that’s his wishes anyway. So I think they’re going to probably try to carve out some emeritus role with a variety of functions around that.”

Miller noted that this seemed to be a good compromise between the “people inside Bristol who think that it is time for him to go and [the] people who want him to stay.”

Miller went on to speculate that ESPN could potentially appease Berman and his supporters by giving him roles such as letting him continue to call Major League Baseball’s Home Run Derby, a support role at the NFL Draft, and possibly short segments for the network’s “Sunday NFL Countdown” show, where Berman serves as the show’s host.

Of course, all of that is moot if Berman decides he is not ready to put one foot into a retirement home and gets an offer from another network with a more prominent role. But Berman’s history as a highlights personality would not seem to fit with the direction of most sports networks as they move more toward debate and commentary.

Either way, it seems clear that one of the most colorful personalities in sports television history will soon be on-screen at ESPN a lot less.