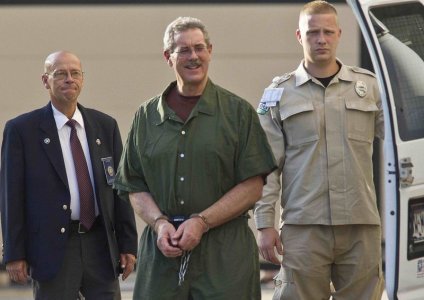 Reversing a lower court ruling, the 5th U.S. Circuit Court of Appeals in New Orleans said Chadbourne & Parke and Proskauer Rose were immune from liability for losses that 18,000 former Stanford investors blamed in part on Thomas Sjoblom, a lawyer who had represented the financier and worked at both firms.

The investors claimed that the law firms knew Stanford had been selling fraudulent high-yielding certificates of deposit through his Antigua-based Stanford International Bank, and that the firms obstructed a related U.S. Securities and Exchange Commission probe.

Lawyers for the investors did not immediately respond to requests for comment.

The lawsuit had made it to the U.S. Supreme Court, which in February 2014 allowed it to proceed.

It then returned to the courtroom of U.S. District Judge David Godbey in Dallas, who last March rejected the law firms’ arguments that they deserved immunity under Texas law.

But the Texas Supreme Court later ruled in a different case that it was not enough to claim that a lawyer’s conduct was “fraudulent” to overcome the immunity that the lawyer enjoys when representing clients.

In Thursday’s 3-0 decision, the 5th Circuit said that ruling required the dismissal of the Stanford investors’ case, given that Sjoblom’s dealings with the SEC reflected the “classic” give-and-take that occurs when representing clients.

“That some of it was allegedly wrongful, or that he allegedly carried out some of his responsibilities in a fraudulent manner, is no matter,” Circuit Judge Edith Brown Clement wrote.

The law firms and Sjoblom have also faced lawsuits by Ralph Janvey, a court-appointed receiver for Stanford’s companies, and a committee of Stanford investors helping him recover money for creditors.

Proskauer said it is pleased with Thursday’s decision, and expects the “equally baseless” claims in the other litigation will be dismissed.

Chadbourne did not immediately respond to requests for comment. Sjoblom’s lawyer Joshua Hochberg said the decision will protect lawyers “who are unfortunately lied to and misled by their clients.”