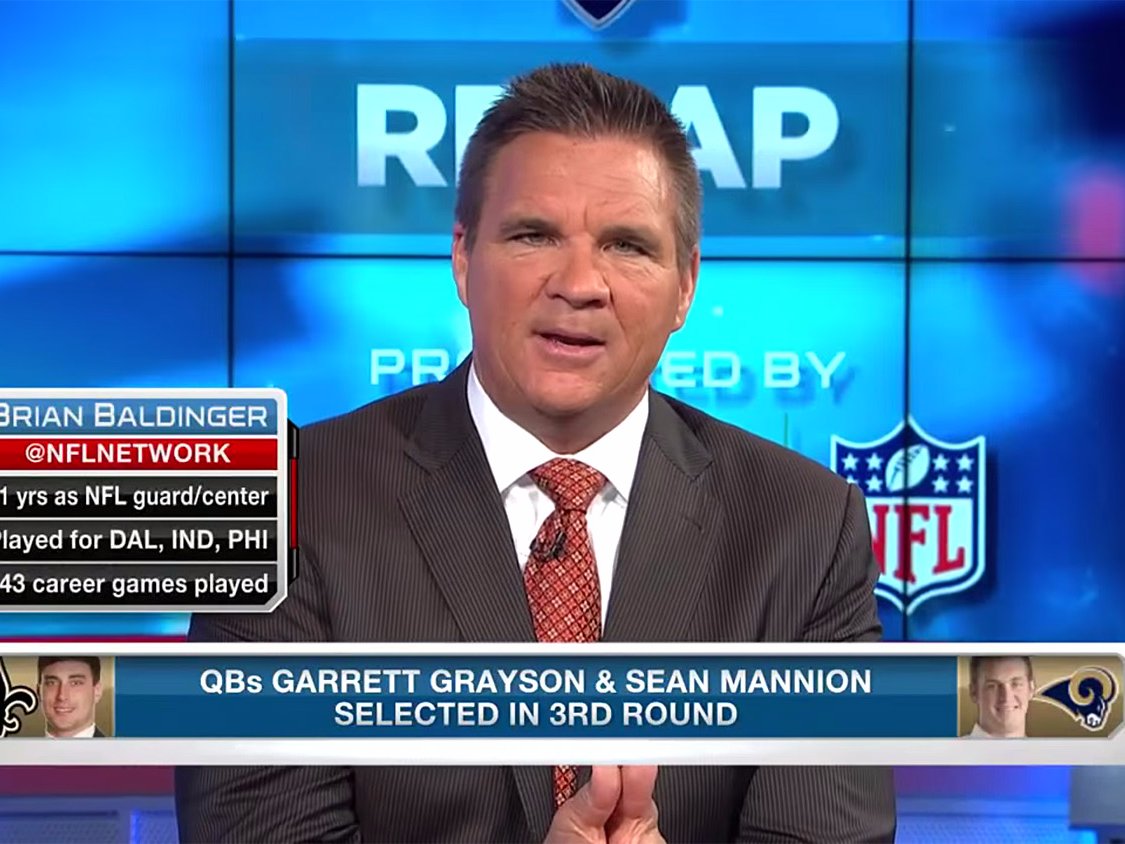 The NFL Network has suspended analyst Brian Baldinger, a former offensive lineman, for six months for comments he made on a radio interview, according to Pro Football Talk’s Michael David Smith.

Prior to Sunday night’s game between the Philadelphia Eagles and Dallas Cowboys, Baldinger suggested the Eagles should intentionally hurt Cowboys running back Ezekiel Elliott during an interview with 97.5 The Fanatic.

Baldinger added, “You want to cut off the head to kill the body, that’s the guy you’ve got to get to.”

Baldinger’s comments come four years after the NFL cracked down on the New Orleans Saints for running a bounty program.

As Smith notes, the suspension (which is without pay) is on the harsh end for what media companies typically give employees who have made off-color comments, thus indicating the league was embarrassed to have an on-air personality advocating violence.