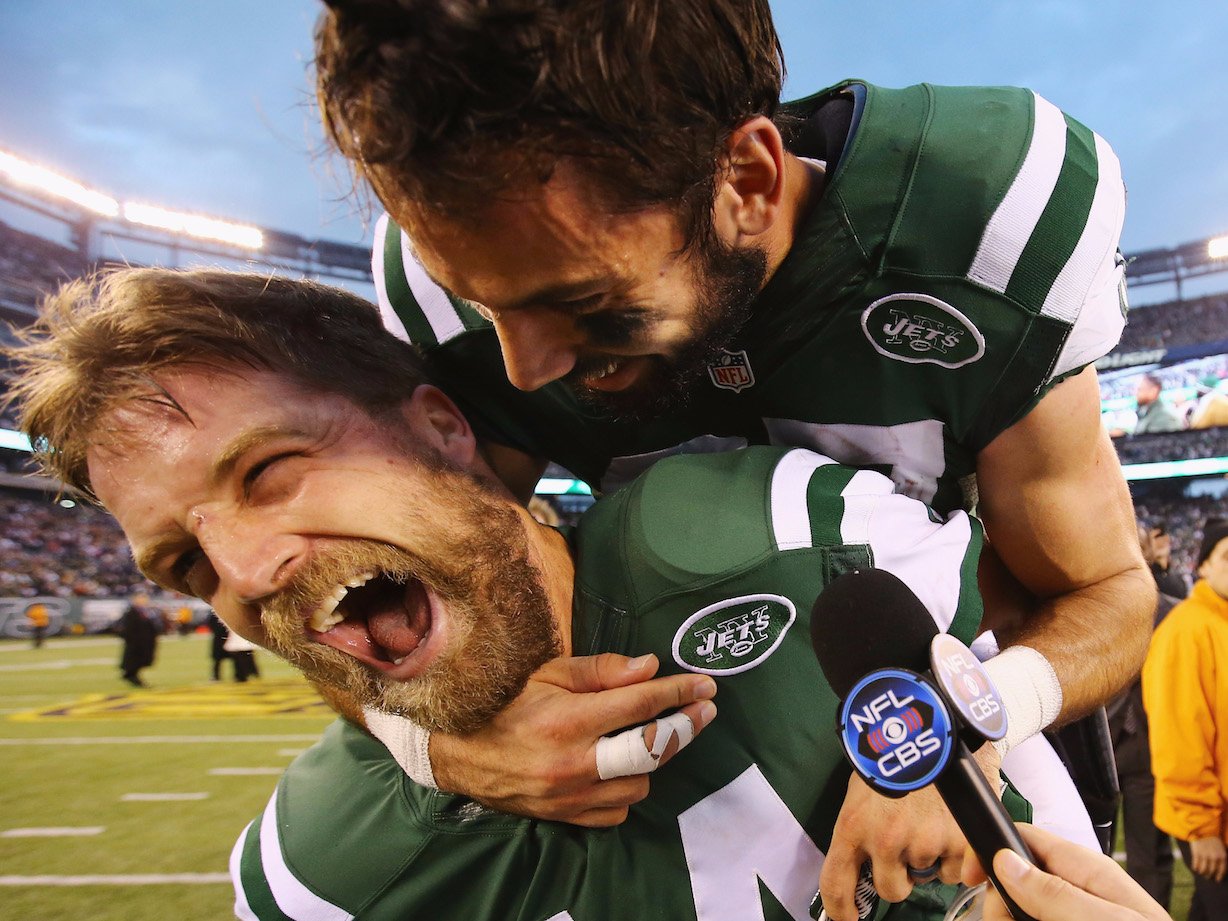 It’s New Year’s Eve and there are bowl games to be watched so I’m jumping right into the picks. Unless I go 0-16 this week, I’ll finish the regular season above .500. Feel free to congratulate me on Twitter.

Anyway, I’ll be picking the playoff games, too, so be sure to check back in in the coming weeks. Thanks for reading, and happy New Year’s! Rex Ryan spoiling the Jets’ playoff hopes should make for an especially fun game. Still, I like FitzMagic here.

Here’s the more pressing question from the OT coin flip debacle: how on earth do the Pats win the toss so often?

Nothing to see here! What a collapse by the Steelers last week.

Chip Kelly to the Colts! The Redskins are the best and least dysfunctional team in the NFC East. I feel sick.

What a sad, sad game this will be.

Absolutely nothing on the line here!

I think Oakland can keep it close, but the Chiefs aren’t losing at home this week. The Cardinals are going to the Super Bowl.

Nothing to see here!

The Packers are the most unpredictable team in the NFL and looked legitimately terrible last week. I’m guessing they win by three scores here.