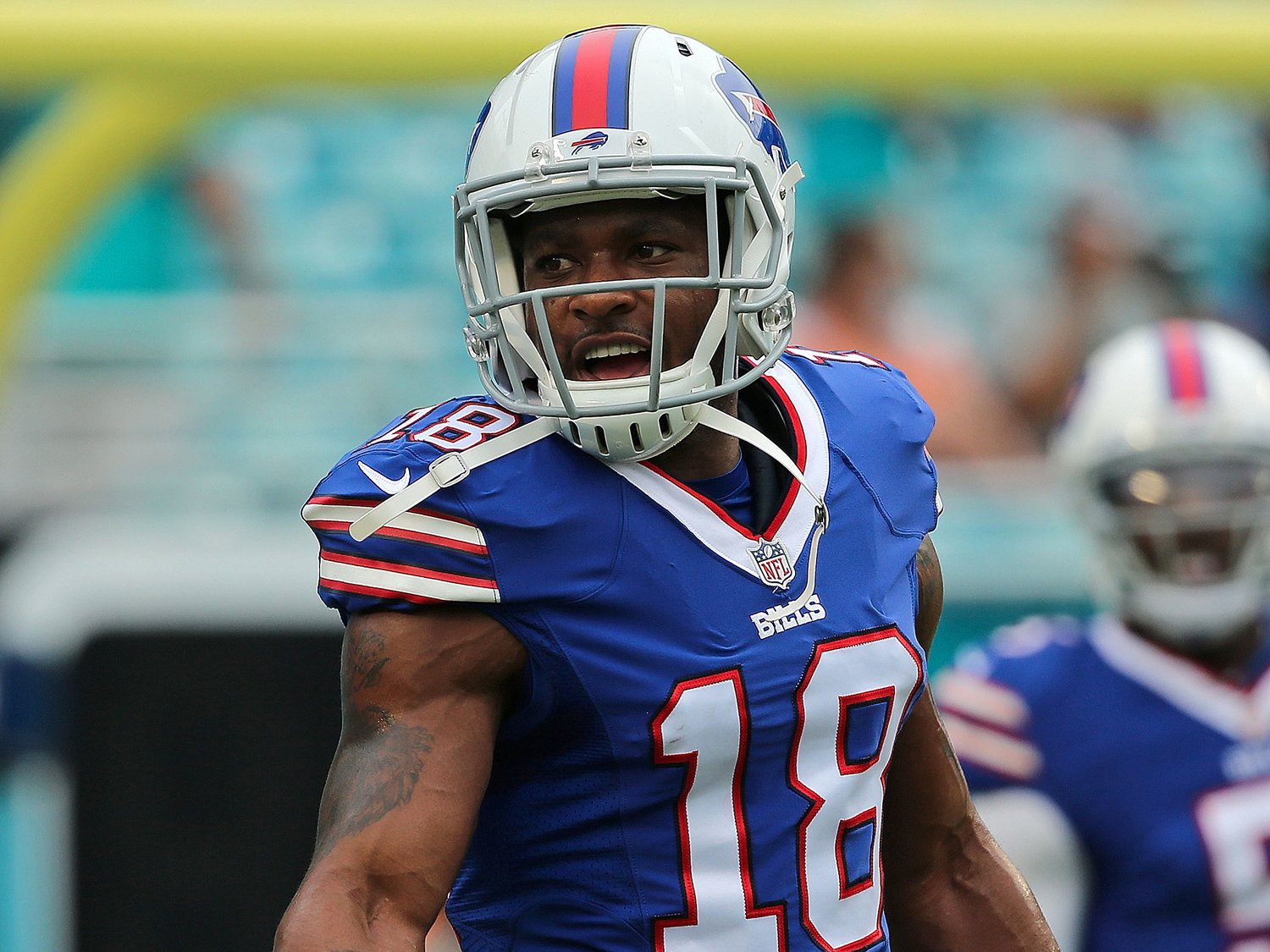 Mike Ehrmann/GettyPercy Harvin had a bizarre 2015 season with the Bills.

Wide receiver Percy Harvin has had one of the most winding paths in the NFL.

After two fairly successful stops with the Vikings and Seahawks, Harvin was traded to the Jets in 2014 following an alleged locker room altercation with a Seahawks player. Following an unmemorable stint with the Jets, Harvin was released in the offseason, then signed with the Buffalo Bills for 2015.

Harvin managed only five games with 19 catches with the Bills before he seemingly disappeared. Injury-prone his entire career, Harvin was battling yet another round of injuries when a new report said he was mulling retirement.

ESPN contradicted that report by saying Harvin was frustrated with his injuries and would be out indefinitely, but was not mulling retirement.

Things got stranger when Bills coach Rex Ryan characterized Harvin’s absence, as a personal issue. Yahoo contradicted that with a report from a source close to Harvin saying it wasn’t a personal issue. It was unclear on whether Harvin was considering retirement. However, Bills owner Doug Whaley then told reporters that Harvin was indeed out for personal reasons.

It was a twisting story that never got resolved, but Harvin didn’t play again the rest of the season. The Bills voided his contract at the end of the season, making him a free agent.

Now, ProFootball Talk’s Mike Florio reports that Harvin “definitely” wants to play again in 2016. According to Florio, the Bills have an offer pending and other teams are interested, too. Knowing it’s likely his last shot, Harvin reportedly wants to find the best fit.

Where Harvin ends up, and for how much and how long, will be interesting to see. He hasn’t played in more than nine games since 2011. He hasn’t even played more than half the season since 2012. However, in what was a shallow wide receiver free agent class, a healthy Harvin could represent a big pick-up for any team. He’s quick, athletic, and a threat for a deep balls if he has a competent quarterback.

Yet any team signing Harvin knows the risks associated, and if it doesn’t work out this season, it’s hard to imagine Harvin ever securing another spot in the NFL.