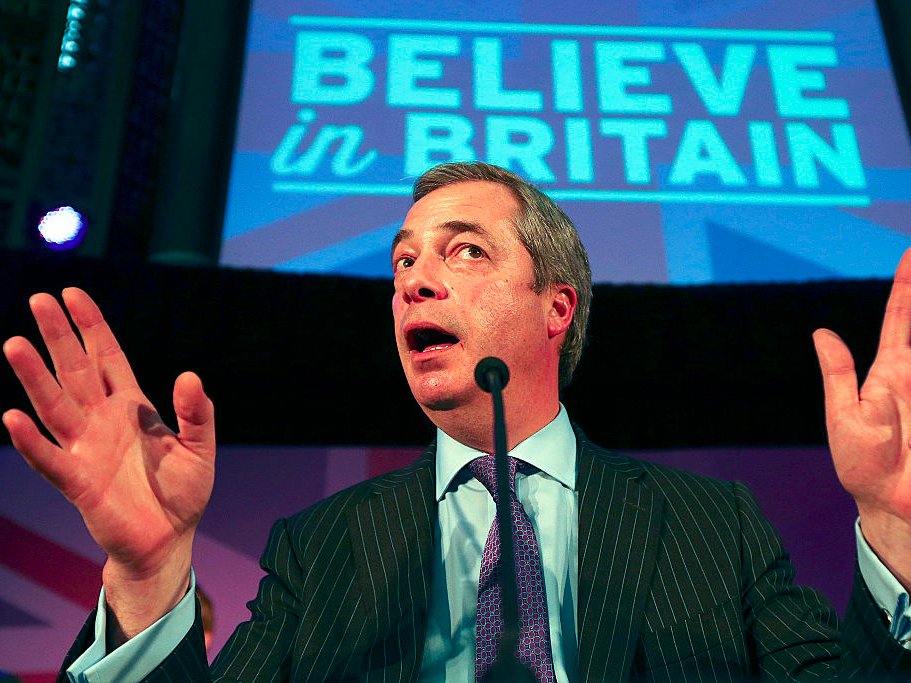 GettyUnited Kingdom Independence Party leader Nigel Farage speaks during a conference in which the party’s immigration policy was unveiled on March 4, 2015 in London, England.

Someone tried to kill Nigel Farage by sabotaging the wheels of his Volvo, the UKIP leader said.

Farage told the Mail on Sunday that the incident took place in October near Dunkirk.

He said that a wheel came off while he was driving. French police and mechanics that investigated the incident noticed that the wheel nuts had been loosened.

Farage told the Mail: “It was the middle of bloody nowhere, and I was caught in a very bad position. There was a huge section of roadworks with cars going back and forth on the same side of the carriageway. I suddenly realised I was losing steering but there was no hard shoulder to pull on to. I slowed down, put the hazards on and then one of the wheels came off. I jumped over the wall as quickly as I bloody well could to get away from lorries and everything.”

He said: “The French police looked at it and said that sometimes nuts on one wheel can come a bit loose – but not on all four.”

Farage said he didn’t “have a clue” who might have wanted him dead but added: “Quite frankly, the way my life’s been over the past two-and-a-half years, nothing surprises me.”