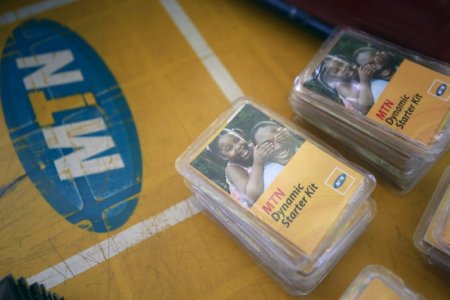 Thomson ReutersAn MTN starter kit pack on display on a table at a retail stand in Abuja, Nigeria

The Nigerian Communications Commission (NCC) slapped a $5.2 billion fine on MTN in October for failing to disconnect users with unregistered SIM cards but after weeks of negotiations reduced it by 25 percent.

MTN, which makes about 37 percent of its revenue from Nigeria, then filed a suit in the West African country questioning NCC’s legal grounds for imposing the penalty.

Shittu said President Muhammadu Buhari will have the final decision on the matter, adding that MTN might be advised to withdraw the court case filed against the fine.

“If they withdraw it creates a better environment, an environment where there is no stress or pressure on either side,” he said.

A judge in Lagos, Nigeria’s commercial capital, last week gave the company until March 18 to try to reach a settlement with the Nigerian authorities over the fine. The prospect of a lower fine boosted MTN shares. [nL8N15622A]

The fine equates to more than twice MTN’s annual average capital spending over the past five years.

Nigeria has been trying to halt the widespread use of unregistered SIM cards amid worries these are being used for criminal activity, including by the militant Islamist group Boko Haram.