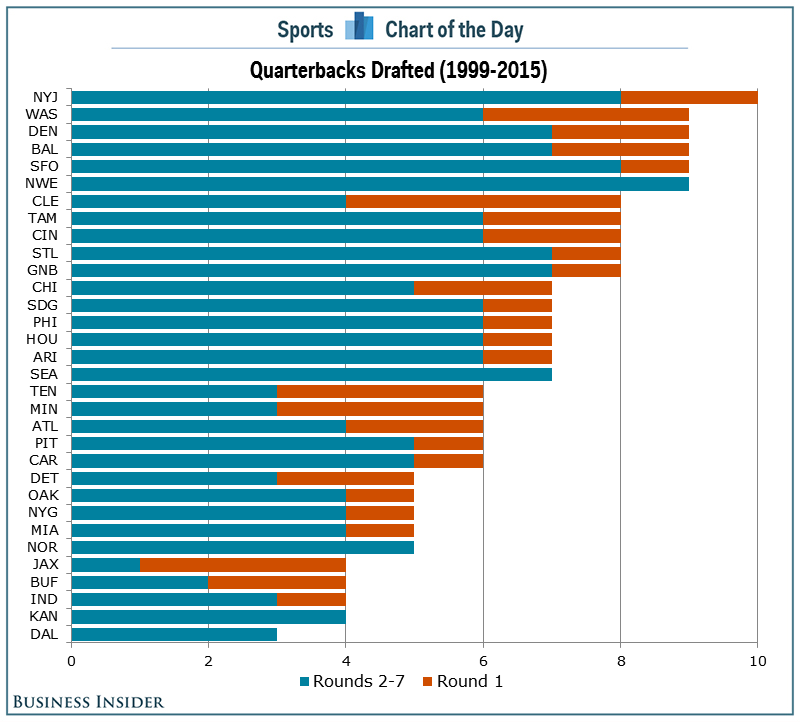 Much has been made about the number of quarterbacks the Cleveland Browns have used in recent years, but when it comes to the NFL Draft, no team has taken more shots than the New York Jets over the last 16 years.

From 1999 through 2015, the Jets drafted ten quarterbacks, two more than the Browns during the same period. At the other end, the Dallas Cowboys have drafted just three quarterbacks since 1999.

On the other hand, the Browns have drafted four quarterbacks in the first round of the last 16 drafts, more than any other team and something they are expected to do again this year. Meanwhile, five teams have not selected a quarterback in the first round during this time period, including the Cowboys, Chiefs, Saints, Seahawks, and Patriots.