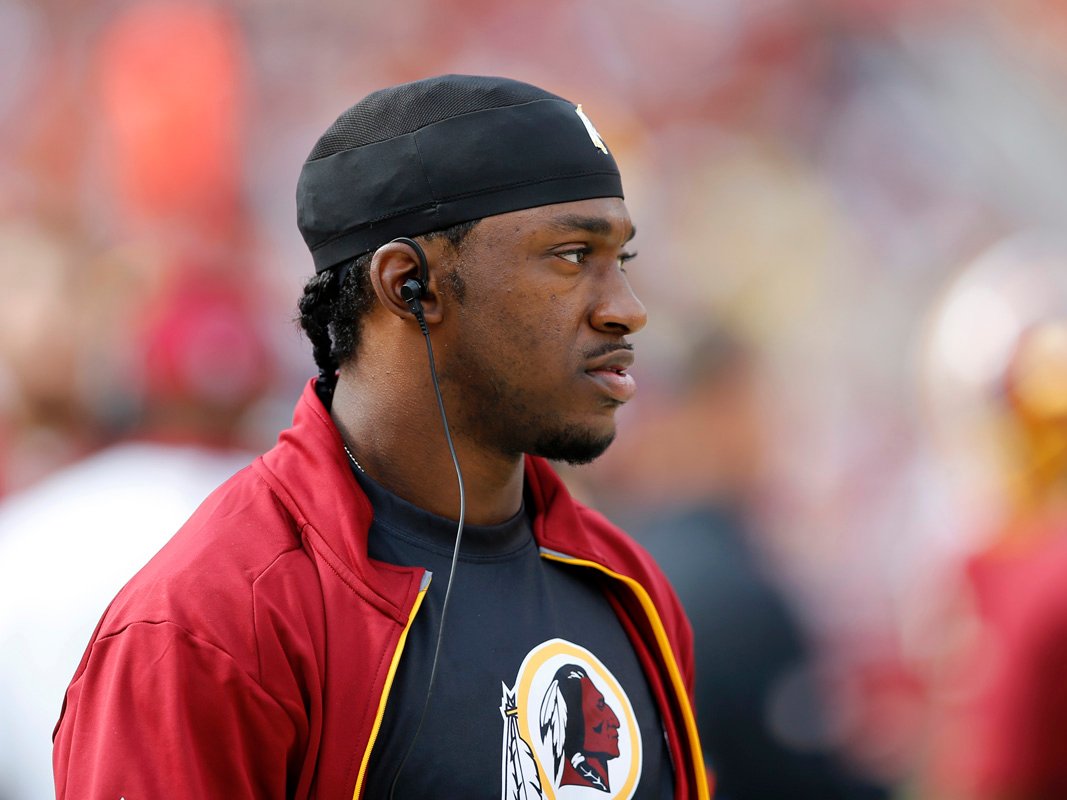 Chip Kelly passed the buck for the Eagles’ terrible season, and it paints a damning picture

According to USA Today’s Tom Pelissero, Griffin received a two-year $15 million deal, with nearly $7 million guaranteed for 2016, plus incentives that could raise his earnings.

While Griffin, at just 26, could be a worthwhile gamble, especially since the Browns are rebuilding and won’t be competitive, the signing could also create an awkward dynamic.

Schefter reported that with Griffin’s signing, 36-year-old quarterback Josh McCown will likely be available. That’s because with the No. 2 pick in this year’s draft, the Browns are widely expected to take a quarterback, likely North Dakota State’s Carson Wentz or Cal’s Jared Goff.

If the Browns move on from Colt McCoy, they’d be eschewing the widely used logic of having a veteran quarterback in the fold with a young, inexperienced one. With Griffin and, say, Wentz competing for a starting job, the Browns would have the difficult decision of letting one of them spin while the other sits.

The problem is that both quarterbacks are worth the time investment to see what they can do. Taking a quarterback with the second pick in the draft is a commitment to that player, and for a team like the Browns, there’s little sense in leaving him on the bench.

Signing Griffin would seemingly follow the same logic. Nobody is sure what to make of him anymore. After winning Rookie of the Year in 2012, Griffin then slugged through disappointing, injury-plagued seasons in Washington, flashing little of his rookie-year brilliance when he did play.

With many backup, veteran quarterbacks, teams simply want a “game manager” — a guy who can organize an offense, make safe completions, and try to avoid turnovers. It’s unknown if Griffin can even do that.

Griffin’s downside is that he’s done in the NFL. The upside is a game-changing quarterback who can get back on track as one of the league’s bright stars. For this reason, he needs playing time.

But as opposed to a veteran who can teach a rookie the smaller details of a quarterback’s job, Griffin isn’t that mentor. He was tugged around in Washington, hasn’t played a regular-season snap in over a year, and isn’t the prototypical quarterback for a player like Wentz to study under.

And if Cleveland does let a rookie get the starts and get his feet wet, then Griffin will once again be spoiling on the sidelines, failing to get the experience he needs to prove whether he can still be a starting quarterback.

It’s an intriguing possibility for the Browns. If both prove to be capable quarterbacks, then the Browns will have an enviable decision to make. But it will be an awkward juggling act for several months before the Browns are able to make true judgments about either player.