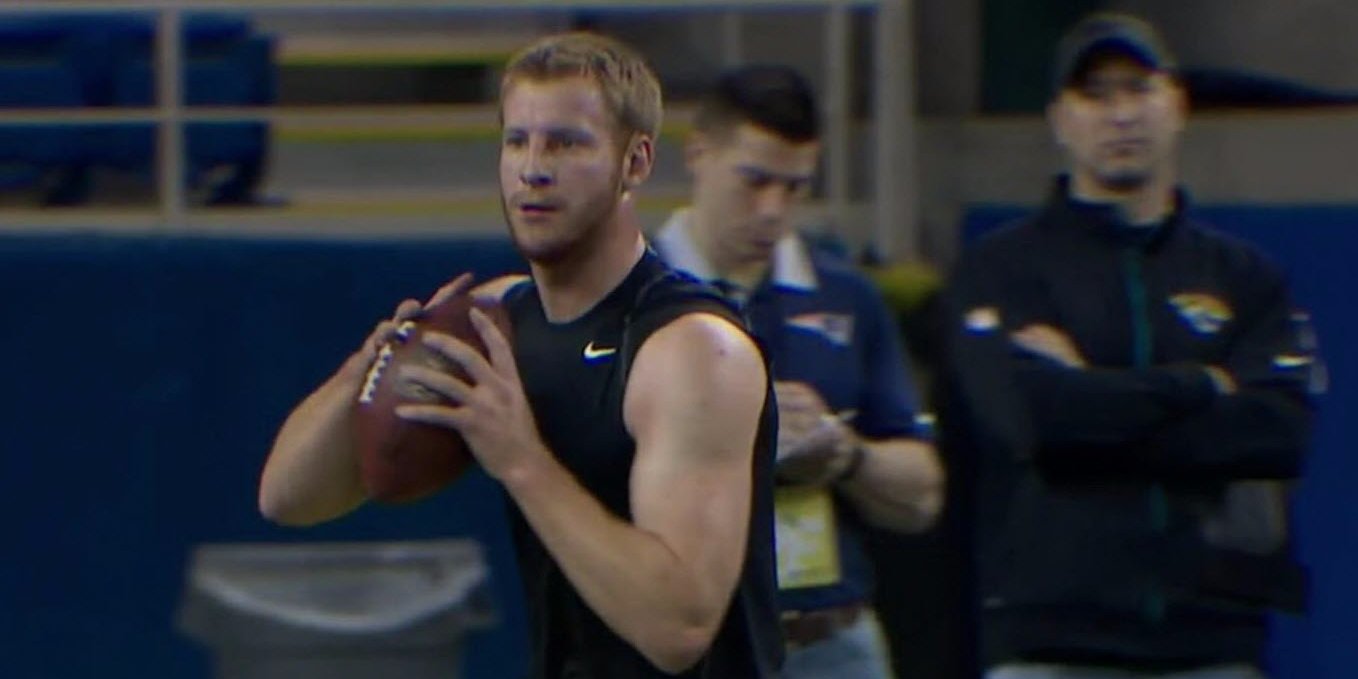 Carson Wentz has seemingly come out of nowhere to have a good shot at being one of the top two picks in the upcoming draft. While many have heard the name, little is still known about the quarterback, and now that people are paying attention, it is starting to become clear exactly why the NFL world is so in love with him.

On Thursday, North Dakota State, a school in college football’s second division (FCS), held their Pro Day, where all of their draft-eligible players are showcased for NFL scouts. Of course, the star of the show was Wentz, and he did not disappoint.

In fact, there was one throw in particular that has people gushing.

After going through a series of short and mid-range throws, Wentz started to show off his strong arm and accuracy. After moving to his right and rolling back to his left, he stopped and unleashed an absolute rocket, hitting the bull’s-eye on a moving target from about 60 yards away (via ESPN).

It is just one throw and it is in shorts and a T-shirt. But it can’t be emphasized enough how strong this throw is and how he put it in a spot where only the receiver would be able to catch it without breaking stride.

The NFL thinks they can teach anybody to play football. However, many believe two of the things that can’t be taught are arm strength and accuracy. Former NFL quarterback and current ESPN analyst Ron Jaworski called Wentz’ performance “outstanding,” and repeatedly pointed out the incredible accuracy and strength.

It is throws like this that have NFL insiders comparing Wentz to previous top prospects like Andrew Luck and Cam Newton, two quarterbacks who were considered can’t-miss prospects from big-time college-football programs.

Mike Mayock on #Browns candidate Carson Wentz: “He’s 6-5, 237 pounds and every bit as athletic as Andrew Luck and Cam Newton”

If the Browns do end up drafting Wentz, as many believe they will, they may have finally found an end to their seemingly never ending quarterback problem.