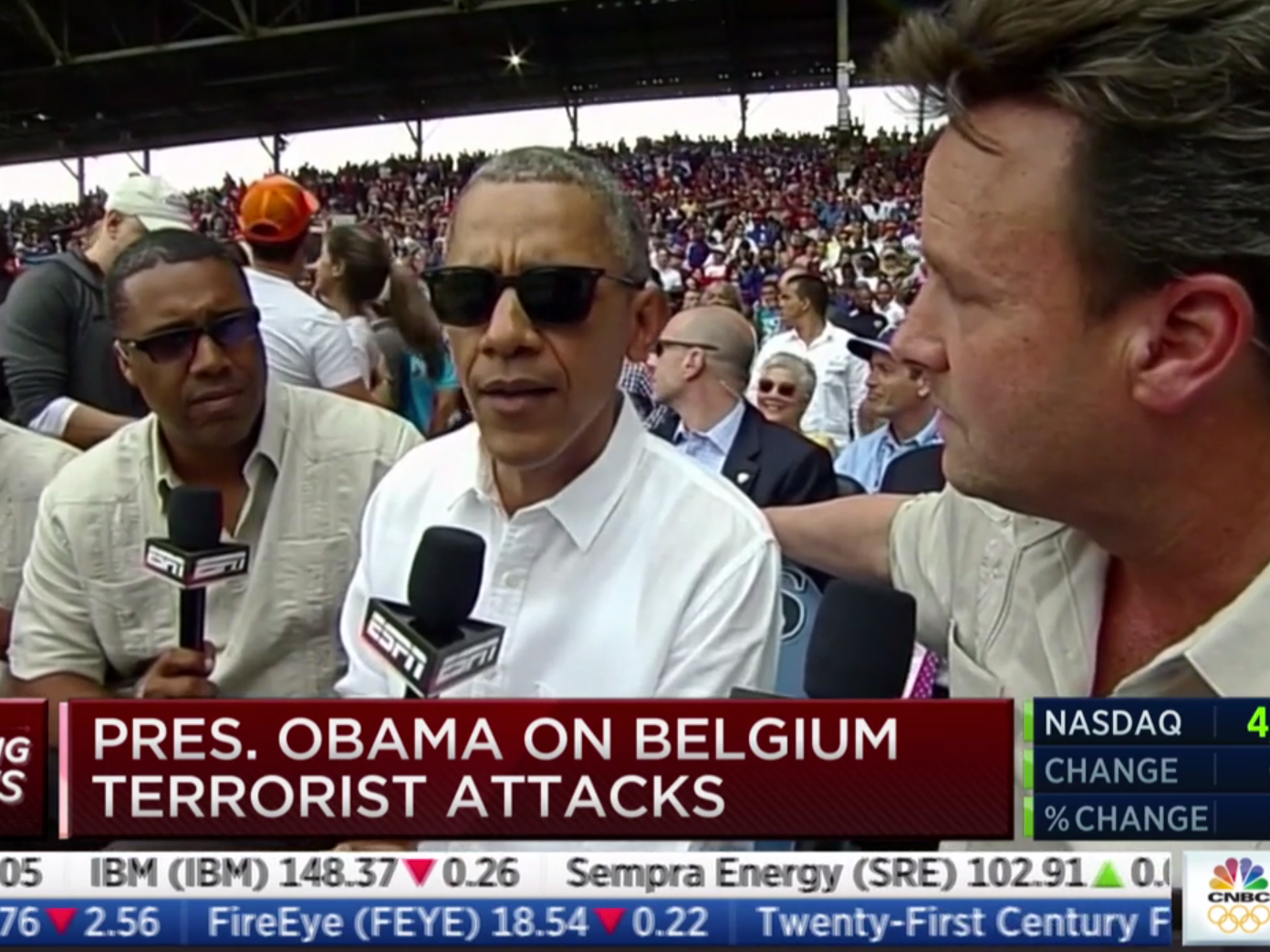 CNBC/screenshotPresident Barack Obama talks about the Belgium attacks during an ESPN interview.

US President Barack Obama gave a somewhat surreal interview on ESPN Tuesday at an exhibition baseball game played between the Tampa Bay Rays and the Cuban national team.

During the lengthy interview, Obama discussed the Brussels attacks earlier in the day, human rights in Cuba, and the stress of throwing out a first pitch as he was split-screened with the game.

On Brussels, he reiterated his earlier point that the world “has to unite” against terrorism. At least 34 people were killed in the early-morning attacks.

Later in the interview, Obama was asked if he considered not going to the baseball game in the aftermath of the Brussels attacks. He dismissed the idea by saying terrorists were trying to disrupt their enemies’ way of life.

“You know what, Eduardo, can I just make a point?” Obama said. “My dad wasn’t a Hall of Famer.”

Pérez’s father, Tony Pérez, was a Hall of Fame infielder who spent most of his career with the Cincinnati Reds.

“I will say this, I’ve talked to President Bush about this,” he continued. “We do a lot of tough stuff as president. By definition you don’t end up as president if you don’t handle stress well. Nothing is more stressful than throwing out a first pitch.”

Watch part of Obama’s interview below:

NOW WATCH: Donald Trump rallies are violent and getting worse — here’s why