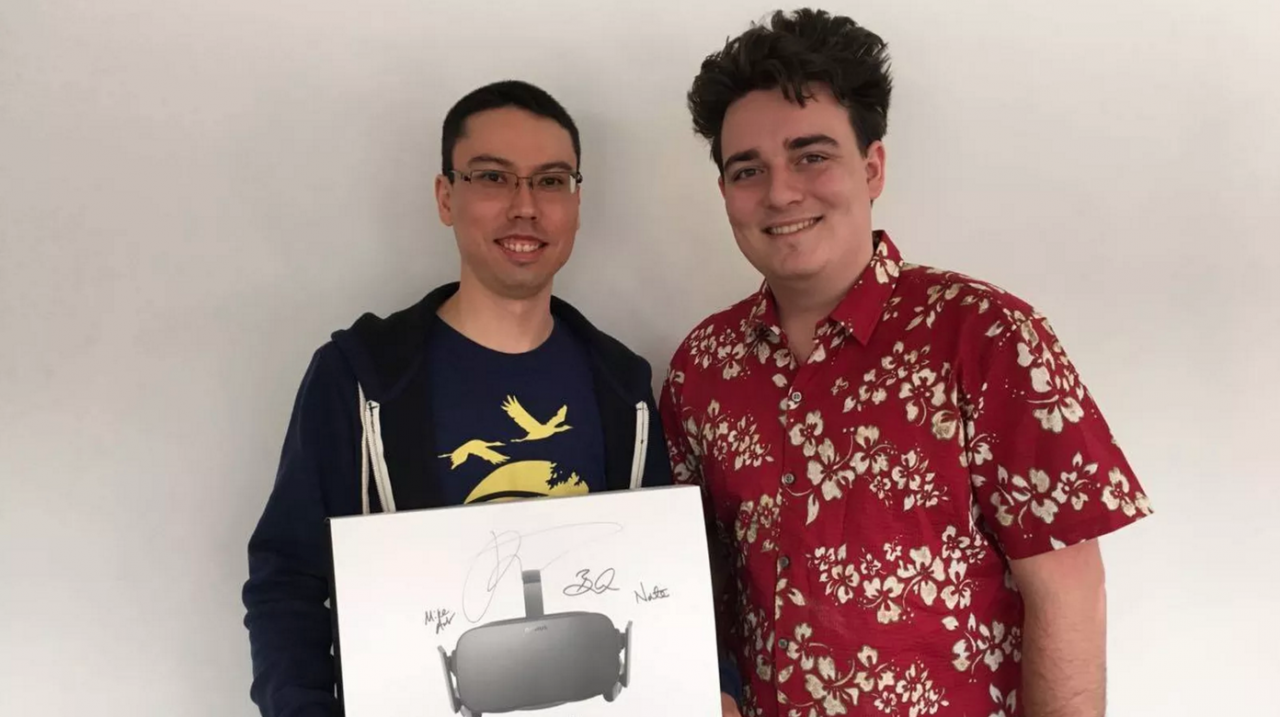 Oculus founder Palmer Luckey took a trip to Alaska on Saturday to hand-deliver the first consumer version of the Oculus Rift headset. The device makes its official debut on Monday, but one lucky customer received theirs a little early.

Luckey revealed his adventure in a video posted to Facebook, in which he delivers the Rift to a surprised adopter named Ross Martin, then sticks around to watch him unbox it. Martin is astonished by how small and lightweight the Rift seems in the flesh.

Martin received an email the day before to say that his Rift was on its way, but he assumed everyone who pre-ordered received the same message. When he called up to confirm some details, Martin realized his headset was the only one that would be hand-delivered.

“It really didn’t sink in, you know, it just felt weird for the first half of the day, and then towards the end of the day it started to become reality,” he said. “I felt like Charlie and the Chocolate Factory. It was amazing. Me? They chose me? I couldn’t sleep that night.”

Before this, Martin had no idea he was the first person in the world to place a pre-order for the Rift. He knew his headset would be delivering during the March shipping cycle, but that’s it. There were people online comparing order numbers, he said, but he paid no attention.

According to Luckey, he had been planning to deliver the first Rift for a while.

Luckey didn’t stay in Alaska long; he arrived, shot the video, then headed straight back to the airport for a flight home. It’s probably a good job he didn’t stick around, too; he turned up to Alaska (during the winter) wearing shorts and flip-flops.

Follow the source link below to watch Luckey’s video on Facebook. And if you were also one of the first to pre-order a Rift, you can expect it to arrive tomorrow.