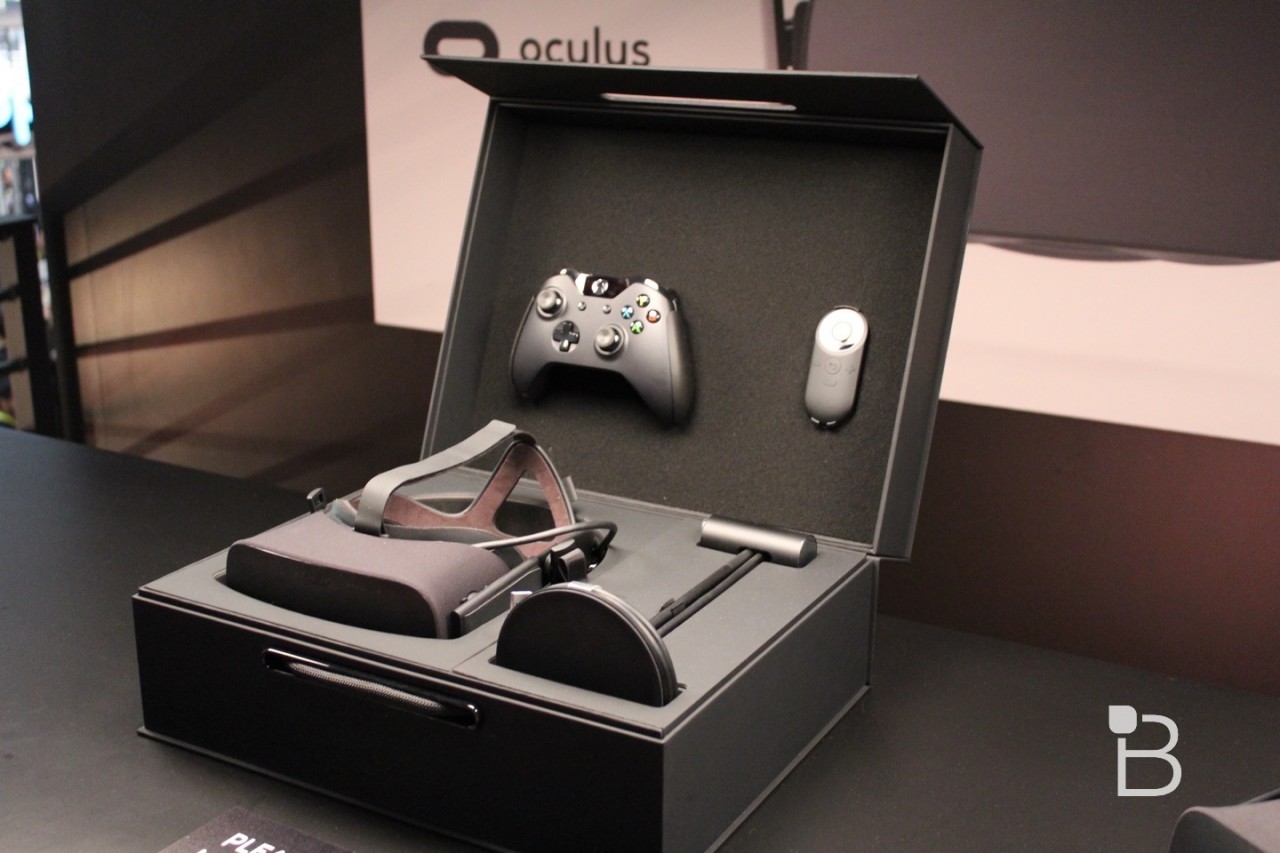 The Oculus Rift is already available for pre-order, but the company’s Touch controllers won’t be available until the second half of the year. Thankfully the Facebook-owned firm was still willing to demo Oculus Touch last week during CES 2016, and I was lucky enough to spend about an hour trying the new controllers out with different games and apps. The experience was pretty mind-blowing, but is it worth waiting for? Let’s find out.

Oculus Touch only takes a few seconds to figure out. With one controller in each hand it almost feels like you’re holding a regular video game controller. There’s a trigger for your index finger and a joystick for your thumb, along with a pair of buttons titled A and B. The one big addition is a second trigger on the back of the controller where your middle finger sits. Squeezing it lets you reach out and grab objects in the virtual world, giving that action a tactile feel.

The most impressive demo was probably an experience called “Toybox,” which drops you and one other person into a virtual room full of objects to play with. To throw a boomerang, simply pick it up and toss it like you would a frisbee. To light off some fireworks, you get a virtual lighter that switches on with a quick flip of the wrist. The one big drawback is that you can’t move around, but that was never really an issue when there were slingshots, laser guns and even a remote control toy tank within arm’s reach.

I could have spent a full hour happily playing inside the Toybox, but after 15 minutes it was time to move on to the next demo: two more experiences meant to demonstrate what Oculus Touch is capable of. The first was a pretty simple sculpting app where you could mold a piece of virtual clay, paint it and play with the lighting. It was a fun demonstration of what Oculus has to offer beyond video games, but what came next was way more exciting.

Bullet Train is the closest thing I saw to an actual video game using Oculus Touch controls. Basically, it’s a first person shooter where you also have the ability to teleport short distances and slow time. It took a few seconds to feel comfortable, but pretty soon I was teleporting across the train station, grabbing guns out of the hands of enemy soldiers, and even catching missiles in slow motion to throw back at a large flying robot.

Oculus Touch was easily one of the most exciting things I experienced at CES 2016, and as far as I can tell it’s pretty much ready for launch. The company clearly wants a little more time to get everything completely perfect, but Oculus Touch is definitely worth waiting for.