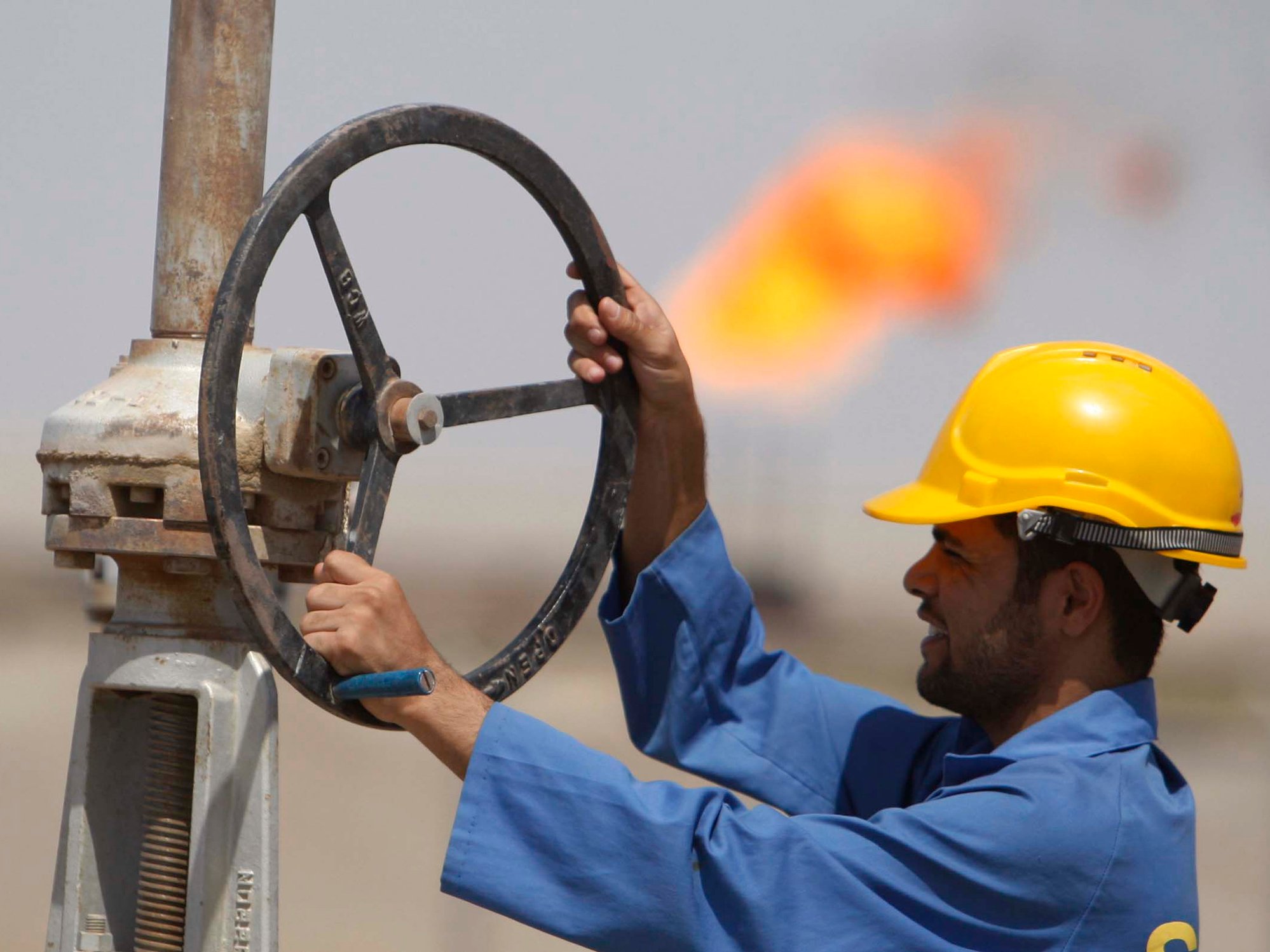 A worker adjusts a pipe at the Nassiriya oilfield in Nassiriya, Iraq.Atef Hassan/Reuters

Governments generally increase military spending when they are involved in an armed conflict or when they perceive a security threat.

But interestingly, although perhaps not entirely surprisingly, military expenditure is also correlated with global oil prices.

Over the decade ending in 2016, patterns of increasing and decreasing military spending can generally be correlated with rising and falling oil prices, according the latest report from the Stockholm International Peace Research Institute.

This correlation likely exists partially because the annual budgets of petro-states largely depend on the price of oil. If an oil producer can make more dollars per barrel in a given year, then it can allocate more money to other projects, including military expenditures.

“Although the oil-price slump has had varying degrees of impact on the economies of oil-exporting countries, since 2015 military expenditure, in real US dollars, has decreased for the vast majority of oil exporting countries,” the report’s authors wrote. “This reflects the severity of the shock and highlights the need for sectoral reform to foster the diversification of oil exporters’ economies.”

“The decrease in oil revenues and associated economic problems attached to the oil-price shock have forced many oil-exporting countries to cut their total government budgets, which usually also includes cutting military spending,” they added. “In some cases, the decreases have been so severe that it had affected regional and sub-regional trends (e.g. in Africa and South America).”

Oil prices started falling in 2014, and then collapsed further after OPEC’s decision in November of that year to not cut production. Crude oil dropped from over $100 per barrel in June 2014 to about $30 per barrel in January 2016.

Fast forward to November 2016, when the cartel, along with other producers like Russia, agreed to curb production slightly for six months in an effort to boost prices. However, oil remains suspended around $50 per barrel — far below the $100 per barrel mark.

From 2015 to 2016, oil producers that have seen military spending drop include Venezuela, South Sudan, Angola, Azerbaijan, and Iraq, according to data from SIPRI. In fact, of the 15 countries with the largest decreases in military spending since 2015, only two were not oil exporters: Guinea and Zambia.

Another region worth looking at is the Middle East. Data is unavailable for several states, including Lebanon, Qatar, Syria, the UAE, and Yemen, but combined total military expenditure in 2016 decreased by 17% compared with the prior year among those countries in the region for which data is available. Interestingly, those countries’ combined spending had dropped by only 19% when compared with 2007.

“The decrease in 2016 came despite the fact that all countries except Oman were militarily involved in at least one armed conflict in the region,” the authors wrote. “This demonstrates the impact of the fall in oil prices on the economies of several of the region’s major military spenders.”

Of course, there are always counter-examples, given that a handful of producers can better handle an oil shock. In particular, Kuwait and Norway were able to keep up existing spending plans in 2016.

But, it’s still worth noting the larger trend.