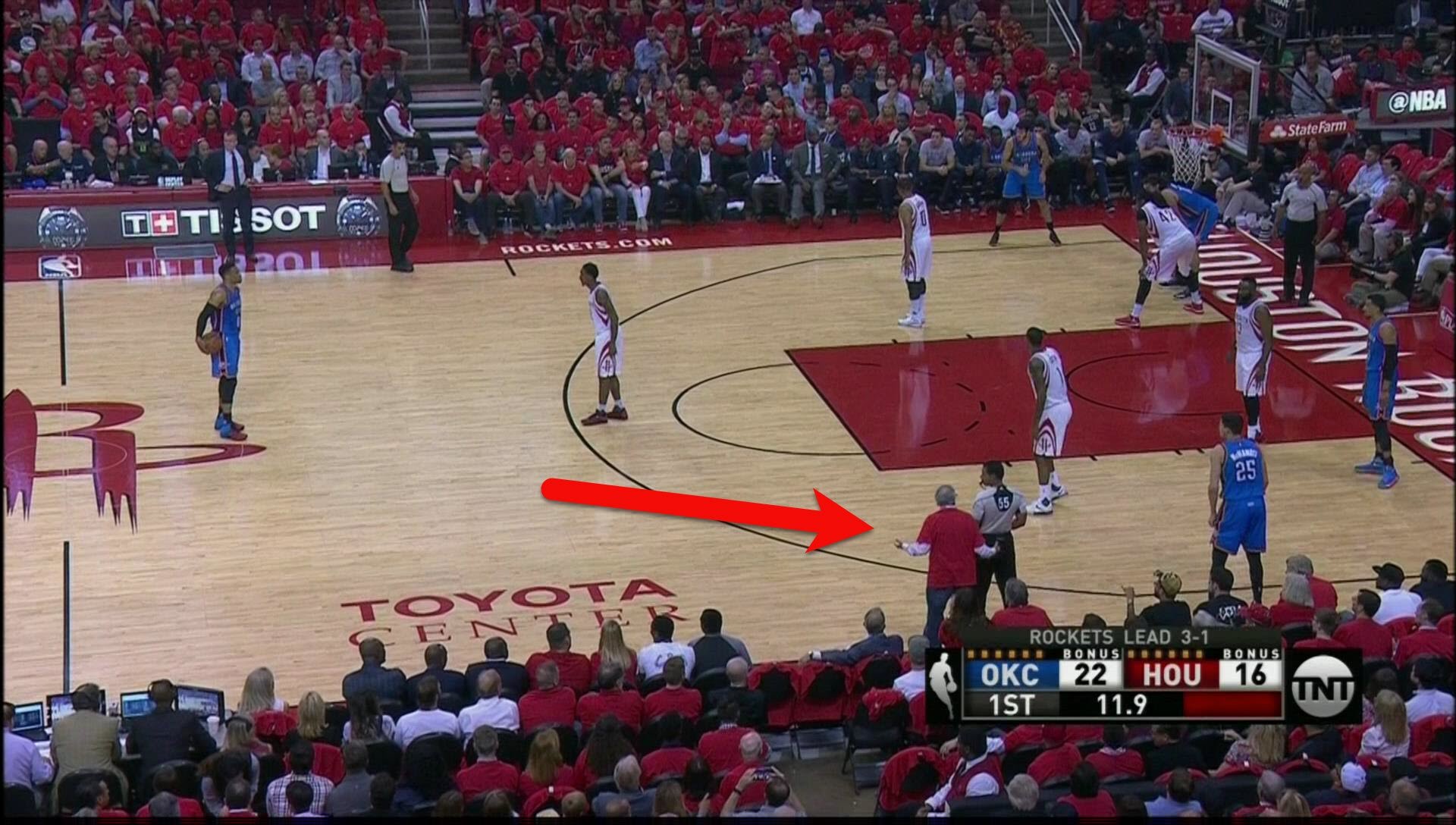 A bizarre scene unfolded during Game 5 of the first-round NBA playoff series between the Houston Rockets and Oklahoma City Thunder when a fan approached a referee while the ball was in play.

The incident occurred late in the first quarter. The fan was identified by several NBA insiders as Rockets owner Leslie Alexander.

Clearly upset about something, Alexander left his seat, walked about 20 feet down the sideline and appeared to confront an official, all while Russell Westbrook was holding the ball with the ball in play. The official even appears to momentarily acknowledge the presence of Alexander.

It appears that Alexander was upset about Steven Adams not being called for a push-off on the tip that extended the possession for the Thunder.

Immediately after that play, Alexander can be seen in his seat holding out both arms. Hypotheticals can often be a dangerous game, but in this case, it is easy to imagine how the NBA world would have reacted if this were Mark Cuban.