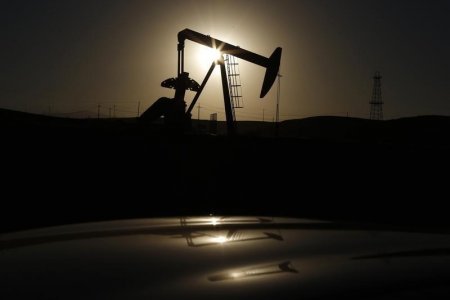 Thomson ReutersA pump jack is seen at sunrise near Bakersfield

SINGAPORE (Reuters) – Crude oil prices edged up in early trading on Friday supported by a weaker dollar, which makes oil cheaper for countries using other currencies, and investment money.

Traders said that the price support came from a weaker dollar, which on Thursday fell by 2.5 percent against a basket of currencies in volatile trading after the European Central Bank eased aggressively.

A weaker dollar can be seen as supportive for oil prices as it makes dollar-traded oil cheaper for countries using other currencies, potentially spurring fuel demand.

“The funds have turned bullish and the market seems determined to stay at or around $40,” said Pete Donovan, broker at Liquidity Energy in New York.

Friday’s stronger prices came following losses the previous day after a meeting between major producers to coordinate a freeze in output looked unlikely to even take place without Iran committing.

Freed from international sanctions that more than halved its output to little more than 1 million barrels per day (bpd), Iran said it would not participate in a proposed agreement between top producers Saudi Arabia and Russia to freeze production at January levels, when both pumped over 10 million bpd.

Because a global glut in supply, which sees over 1 million barrels of crude produced every day in excess of demand and which has left storage tanks around the world brimming with unsold oil, analysts say that a fundamental reduction in supplies, for instance through a production cut, must happen before prices go much higher.

“Supportive fundamentals will be needed to drive prices higher,” ANZ bank said on Friday, but added that these fundamentals were currently not visible as “the chances of any production cut announcements are weak and Iran looks committed to expand oil output.”