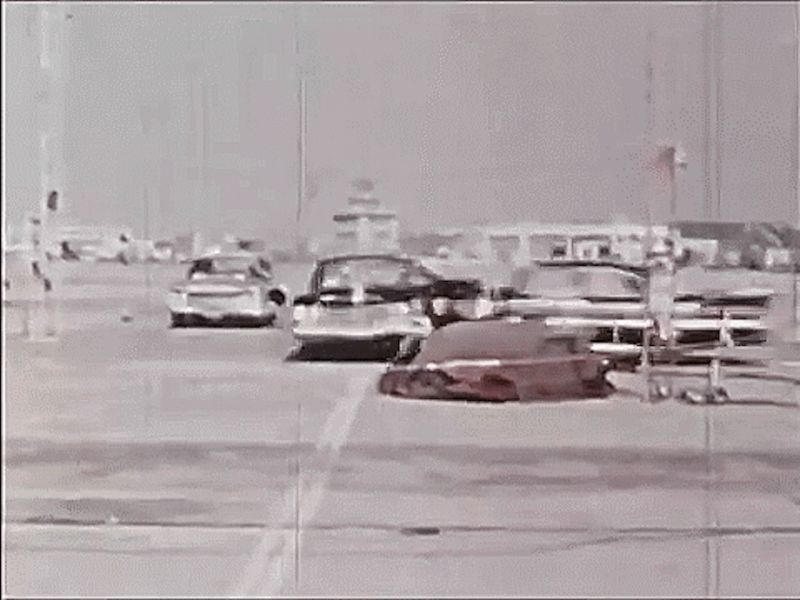 The entertainment value of decades-old defensive driving videos just keeps going up. What was once probably a boring, monotonous film for folks sitting in a classroom now serves as an oddly entertaining way to spend 10 minutes.

This particular film comes from the National Safety Council Defensive Driving Course, produced in 1973 and dubbed “The Crossroads Crash.” It starts out with what looks to be a poorly organized bank robbery that creates some agitation (and a bit of a rush) for the folks preparing to get behind the wheel.

As hilariously scripted as it is, the first audio track in the video asks us, “Did you ever notice how people in a hurry tend to disobey the rules? Now, that can get them in a lot of trouble.” If we’re talking about a group of people robbing a bank, you could probably expect them to disobey the rules anyway.

The video is essentially a tutorial on how to approach and conduct oneself at intersections, full of dramatic crash footage and over-the-top music to keep the then-bored audience in tune with the message. It’s a job well done, too.

From breaking down the anatomy of an intersection and explaining all of the different yield signals to reminding folks not to “play games” with traffic lights, the video is probably a far more entertaining presentation of the basic elements driving than what those poor teens have to sit through today.

But the message is the same—no matter what kind of intersection it is, “the control comes from the drivers themselves.” Now go control yourselves, folks.