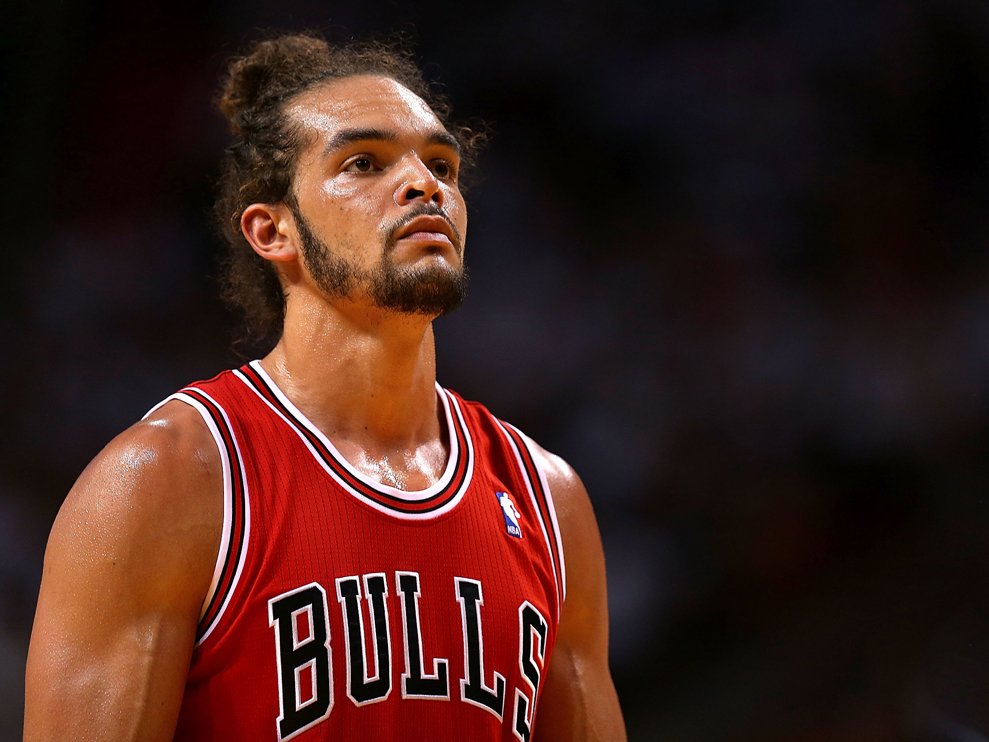 The Chicago Bulls missed the playoffs for the first time in the last seven years this season, and it sounds like an era is ending.

According to a report from Joe Cowley of the Chicago Sun-Times, longtime Bulls center Joakim Noah has been telling teammates he plans on leaving the Bulls this summer when he becomes a free agent.

While that’s not unusual by itself, as Noah has spent nine years with the Bulls and never experienced free agency, the reasons for his alleged departure make the Bulls sound like a mess.

According to Cowley, Noah and many of his teammates have a deep distrust of GM Gar Forman and the Bulls front office. Cowley reports that an unnamed player told him that Noah has “no trust” that the front office can turn the team around.

According to the player, former coach Tom Thibodeau was always able to shield the players from the front office, having them buy into the idea that it was “us against them.’’

However, [head coach Fred] Hoiberg was deemed a Forman hire, so that wall was very blurry.

What the players have been trying to figure out in building their relationship with Hoiberg has been exactly how tied the coach is with Forman.

Cowley adds that the unnamed player told him that Bulls players believe at least one assistant coach is a direct line to Forman.

This is obviously not an ideal circumstance for any team to try to build under. Players and coaches and front offices don’t always have to be harmonious, loving groups, but they do have to trust each other and manage working together. Reports about players’ feelings toward Hoiberg in his first season were divided, but his job can’t get easier if players believe he was hired by a GM they don’t trust.

Luckily for the Bulls, with the potential departures of Noah and Pau Gasol this summer, they could open up cap space to build around Jimmy Butler. With a changing of players could come a change of cultures, and players won’t sign with the team unless they believe in the coach and front office, anyway.

From the sounds of it, though, that will be a steep task as the Bulls have to rebuild a locker room that sounds less than thrilled with what they’ve done so far.