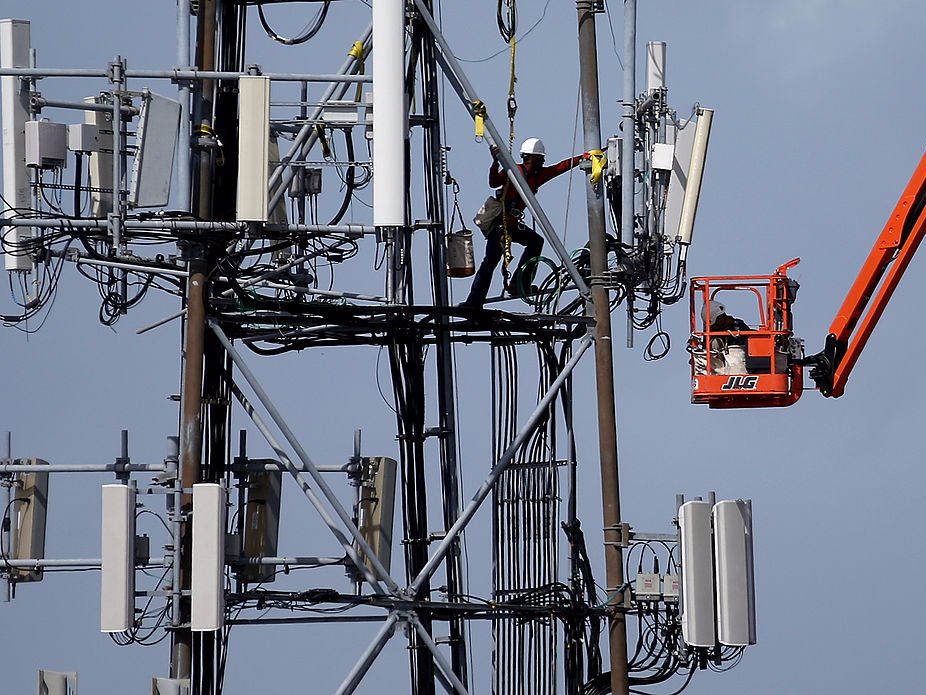 A worker climbs on a cellular communication tower on March 6, 2014 in Oakland, California.Justin Sullivan/Getty

One sector is on pace to ruin the S&P 500’s clean earnings sheet for the first quarter.

Telecoms, the smallest sector by number of constituents, has failed to deliver on the earnings growth that Wall Street had been anticipating after a run up in prices.

According to a FactSet report on Friday, telecom services was the only sector reporting a year-over-year decline in earnings, at -4.8%.

That’s due to Verizon, one of just four companies in the sector. If Verizon is excluded, the blended earnings growth rate, which combines reported and estimated results, would rise to 0.2%, according to FactSet.

On April 20, the company reported adjusted earnings per share of $0.95, missing analysts’ estimates by one cent. Operating revenue fell 7.3% year-on-year to $29.8 billion.

Verizon’s earnings and sales fell as it lost 307,000 customers in the first quarter, the most in over a decade. Amid a price war with other carriers, Verizon revived an unlimited data offering to try and stem a loss of subscribers to other networks, but it was a little too late.

T-Mobile raised its estimate for the number of subscribers it expects to gain this year to a range of 2.8 million to 3.5 million from 2.4 million to 3.4 million. Its outlook for profit was unchanged, suggesting that subscriber growth will be prioritized ahead of earnings growth, Bloomberg noted.

In contrast to Verizon, T-Mobile added 914,000 new subscribers in the first quarter, beating analysts’ forecast for 820,000.

Sprint and CenturyLink are slated to report earnings on Wednesday.

NOW WATCH: How the US could prevent a North Korean nuclear strike — according to a former Marine and cyberwarfare expert