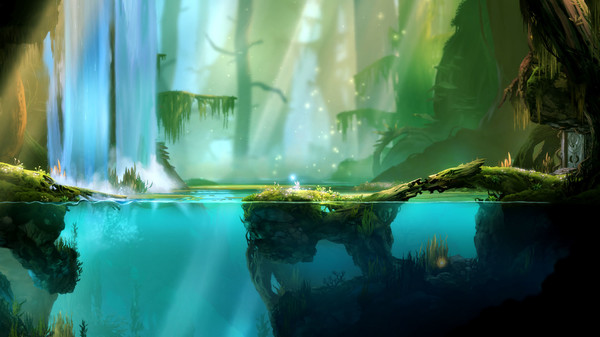 I still haven’t gotten around to last year’s indie hit Ori and the Blind Forest, but luckily, the team over at Moon Studios is making its game more accessible than ever with the Definitive Edition launching on both the Xbox One and PC on March 11.

An overhaul to the graphics isn’t all that’s in store for this updated release. Moon Studios has gone back to re-tweak the areas that raised the most objections like environmental damage and the lack of a fast travel. The “Spirit Wells,” which just acted as save points in the original game, will now allow for fast travel to others across the map, cutting down on tedious backtracking.

The new version also adds a dash feature to allow our main character to travel faster, and new areas, secrets, collectibles, and other reasons for completionists to lose their minds have been scattered throughout the world, giving all the more reason to go exploring the Blind Forest once again.

I’m excited to finally play the game, but I’m not sure if I will appreciate the additions as much as those who have already suffered through what sounds like an at times cruel and grueling game. You have my pity.

Ori and the Blind Forest Definitive Edition launches for the Xbox One and PC on March 11.