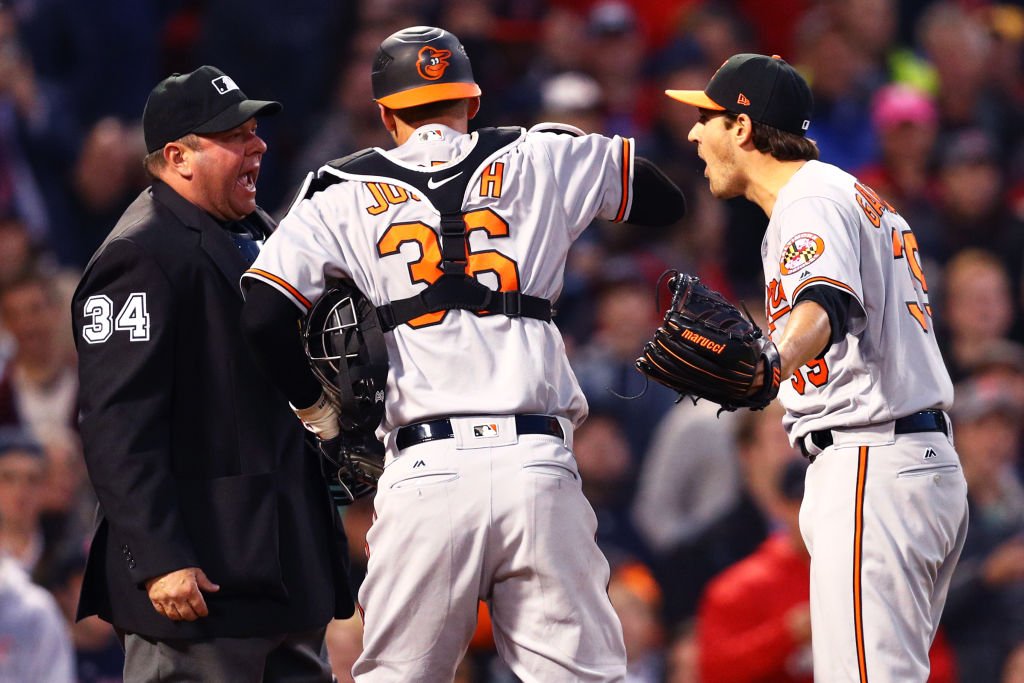 After all thefireworks between the Orioles and the Red Sox involving Manny Machadothe last couple of weeks, the umpires were on heightened alert Wednesday and Orioles pitcher Kevin Gausman appeared to pay the price.

One day after Red Sox pitcher Chris Sale appeared to intentionally throw a pitch at Orioles third baseman Manny Machado, prompting just a warning for both ball clubs, Gausman was immediately ejected when a curveball appeared to unintentionally hit Xander Bogaerts on the hip.

Gausman would later say that he wasn’t even sure who had been ejected at first. However, as soon as he figured it out, both he and catcher Caleb Joseph erupted.

The Orioles were forced to turn to their bullpen in the second inning and eventually lost 4-2.

Most of the reaction has been that the umpire made a huge mistake, especially after Sale was not ejected for throwing a pitch that looked a lot more intentional than this one.

After the game, Gausman called the ejection “Bush League.”

“Just complete Bush League, to be honest, you know,” Gausman told the media. “To throw me out in that situation after what Sale did yesterday — throwing 98 behind a guy, on purpose, everybody knew it, and you’re going to throw me out for hitting a guy on a curveball 0-0 in the second inning? I mean, it’s pretty Bush League.”

One day after Machado had to be bleeped 22 times in 75 seconds, Joseph had a more virtuous response to the latest controversy, dropping a couple of “malarkeys.”

“I was shocked,” Joseph said. “I just could not believe that that would happen. And now we’re sitting here having to answer questions while the Red Sox are on their way home and it’s just malarkey is what it is. It’s a bunch of malarkey.”

It would seem that the entire situation has been malarkey.