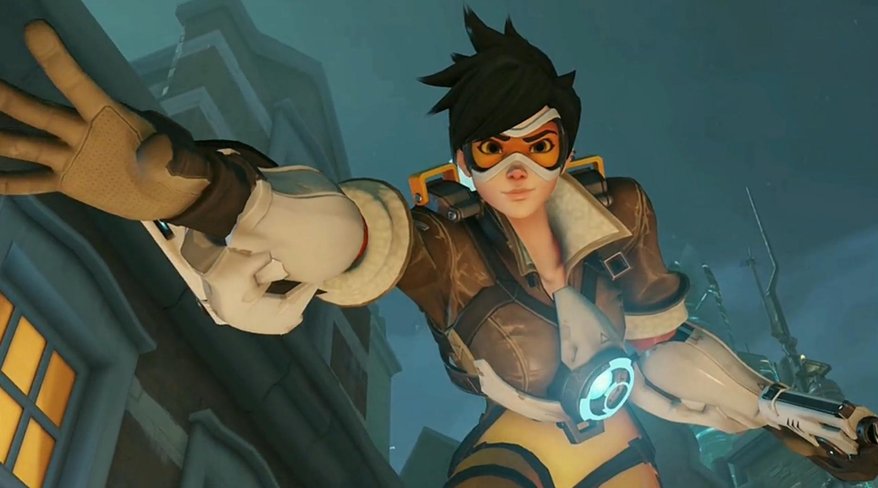 Gaming has another minor crisis on its hands, and I mean minor in the most possible way. This time it involves the game Overwatch. Lines have been drawn in the sand, sticks and rocks have been equipped, and shouting crowds are ready to bring the pain over a character’s “sexy” pose.

Tracer, one of the game’s more popular characters so far, has sparked the controversy on Battle.net after one of her victory poses shows her looking “over the shoulder” with her butt in full focus. One user found this pose offensive and useless for defining the character, bringing up points that it turns her into “another bland sex symbol.”

We aren’t looking at a Widowmaker pose here, this isn’t a character who is in part defined by flaunting her sexuality. This pose says to the player base, oh we’ve got all these cool diverse characters, but at any moment we are willing to reduce them to sex symbols to help boost our investment game.

And, boom. That’s all it took. Battle.net devolved into a barroom brawl of Braveheart proportions over a pose that would barely register a PG rating from a Disney film, and Blizzard finally threw up the white flag, with Game Director Jeff Kaplan chiming in, promising to replace the victory pose with a new one.

We’ll replace the pose. We want *everyone* to feel strong and heroic in our community. The last thing we want to do is make someone feel uncomfortable, under-appreciated or misrepresented.

Apologies and we’ll continue to try to do better.

Naturally, the team was accused of caving in from one camp while the “victors” applauded and jeered, which prompted an even longer response.

While I stand by my previous comment, I realize I should have been more clear. As the game director, I have final creative say over what does or does not go into the game. With this particular decision, it was an easy one to make—not just for me, but for the art team as well. We actually already have an alternate pose that we love and we feel speaks more to the character of Tracer. We weren’t entirely happy with the original pose, it was always one that we wrestled with creatively. That the pose had been called into question from an appropriateness standpoint by players in our community did help influence our decision—getting that kind of feedback is part of the reason we’re holding a closed beta test—but it wasn’t the only factor. We made the decision to go with a different pose in part because we shared some of the same concerns, but also because we wanted to create something better.

We wouldn’t do anything to sacrifice our creative vision for Overwatch, and we’re not going to remove something solely because someone may take issue with it. Our goal isn’t to water down or homogenize the world, or the diverse cast of heroes we’ve built within it. We have poured so much of our heart and souls into this game that it would be a travesty for us to do so.

We understand that not everyone will agree with our decision, and that’s okay. That’s what these kinds of public tests are for. This wasn’t pandering or caving, though. This was the right call from our perspective, and we think the game will be just as fun the next time you play it.

If it isn’t, feel free to continue sharing your concerns, thoughts, and feedback about this and other issues you may have with the game, please just keep the discussion respectful.

Hey everyone, this Overwatch game looks pretty great, doesn’t it? It launches for the PlayStation 4, Xbox One, and PC on May 24, but we’re already making community cranky over the most trivial of matters. In short, a potential customer complained, Blizzard agreed with the complaint, made a change to something better, and guess what, the game still looks great!

Finding these little wrinkles and ironing them out, that’s kind of the reason why companies run beta tests. In that regard, this worked out just as it was supposed to. Blizzard couldn’t have compromised its artistic vision because the game isn’t even out yet. Fancy that.