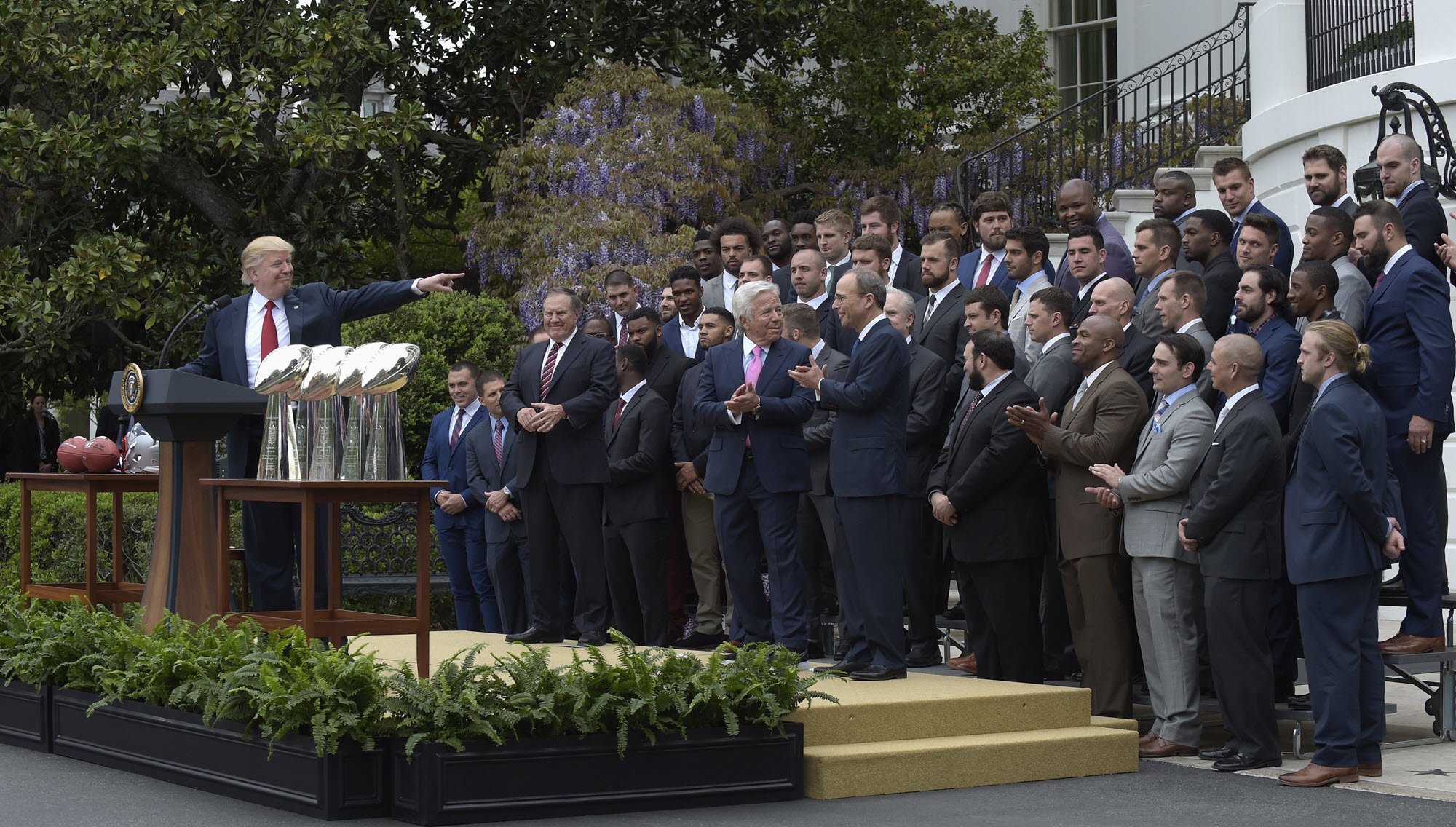 The New England Patriots’ much anticipated visit to the White House was met with a lot of scrutiny, but in the end, they were the ones slamming reports that suggested their turnout was drastically smaller than previous years.

The visit was the first for the Trump administration under the age-old tradition of champions visiting the White House. However, with several players previously saying they would not attend as a protest to President Donald Trump, and with Tom Brady announcing on the day of the visit that he would be absent, all eyes were on just how many players would show up.

A tweet and a story from the New York Times strongly suggested that the number was far less this year than when the Patriots visited President Barack Obama in 2015.

Even before the Patriots responded, there was a big problem with the comparison. In 2015, the Patriots had won their first Super Bowl in 11 years and most of the players were enjoying their first opportunity to visit the White House. Things were different this year as more than 40% of the roster (21 of 53) had Super Bowl experience. While politics certainly played a role for some, others may have had a been-there-done-that attitude.

But then the Patriots pointed out an even bigger reason to be skeptical of the two photos: protocol was different in 2017.

A quick count of those standing on the stairs suggests that the Patriots’ math still doesn’t make up for the entire discrepancy. But it is obvious that the difference in the number of players is not as big as the Times photos suggest.